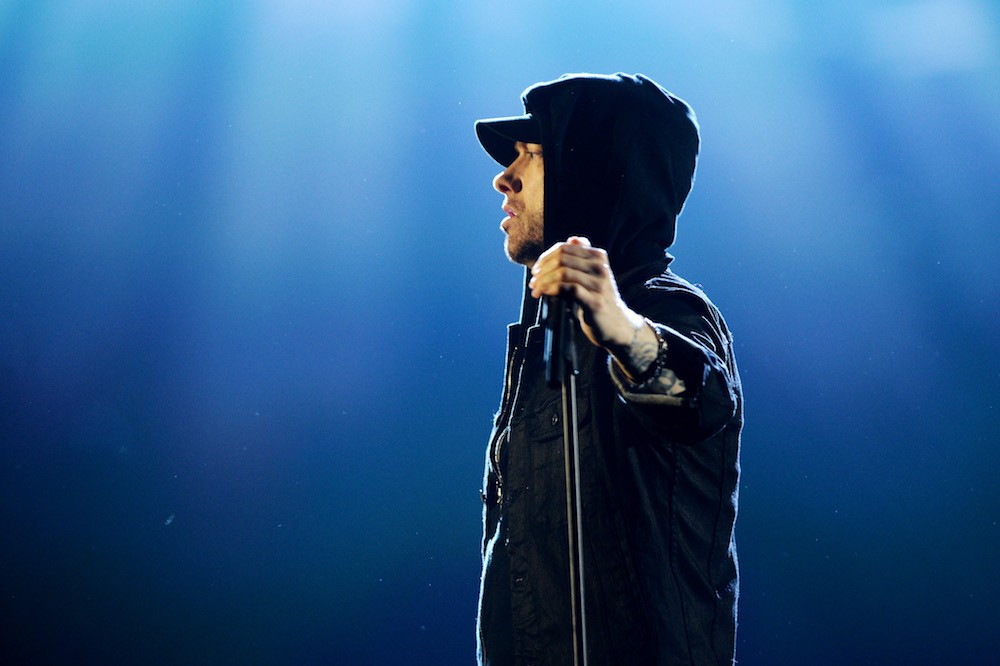 Marshall Bruce Mathers Jr., the estranged biological father of Eminem, has died, according to TMZ. A family insider told the website that Mathers, who went by Bruce, died of a heart attack in his home near Fort Wayne, Indiana.

Eminem, real name Marshall Bruce Mathers III, has rapped frequently and frankly about his father’s absence from his life, including in his breakout 1999 single “My Name Is” and his 2002 hit “Cleanin’ Out My Closet.” The latter song contains the lyrics:

I’ll take you back to ’73
Before I ever had a multi-platinum selling CD
I was a baby, maybe I was just a couple of months
My f*ggot father must have had his panties up in a bunch
‘Cause he split, I wonder if he even kissed me goodbye
No I don’t, on second thought I just fucking wished he would die
I look at Hailie, and I couldn’t picture leaving her side
Even if I hated Kim, I grit my teeth and I’d try