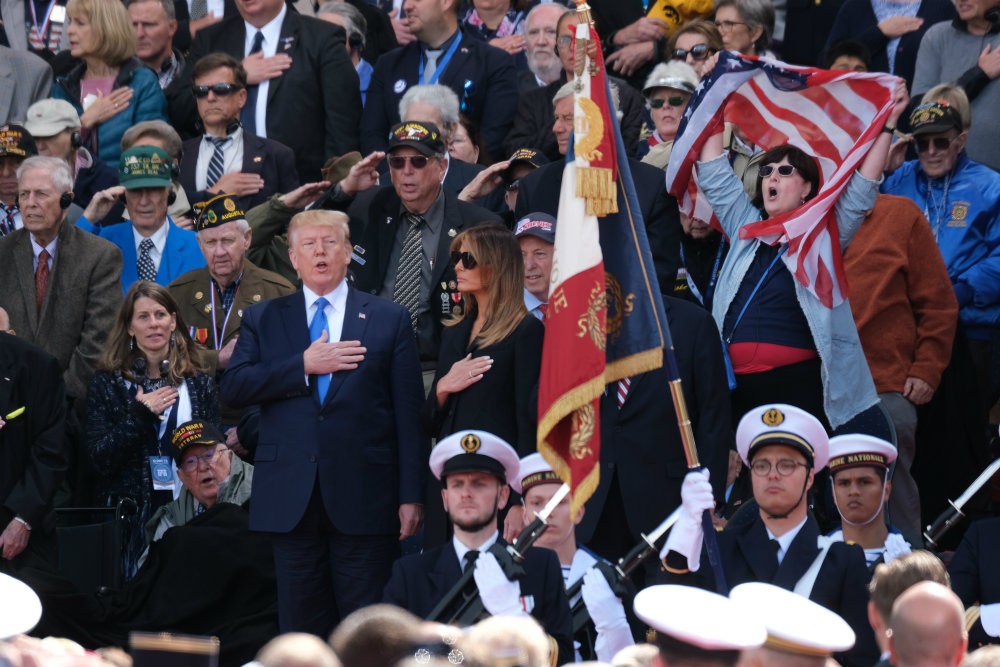 If there’s one thing we’ve learned about President Trump in the two years he’s occupied the Oval Office, it’s that he absolutely can not abide any public ceremony or photo op that doesn’t place him firmly in the spotlight. If Trump sees an opportunity to make an event about him, he’s going to take it.

For evidence of this, see the placement of Trump’s signature on this proclamation commemorating the 75th anniversary of Allied forces storming Normandy beach on D-Day, signed by 15 European leaders at a ceremony held in Portsmouth, England, on Thursday. Everyone else signed at the bottom of the document like normal humans, but POTUS announced his presence at the very top.

Take that, Theresa May, Emmanuel Macron, Angela Merkel, and so on.

Fortunately for everyone involved, Trump didn’t physically shove anyone out of his way during a photo op like he did to prime minister of Montenegro Dusko Markovic at a NATO summit in 2017. Also, we should be happy it’s just a signature and not a full dedication, like the one Trump wrote in the guestbook at Israel’s national Holocaust memorial, which read like a high school senior’s message left in a buddy’s yearbook. Progress.