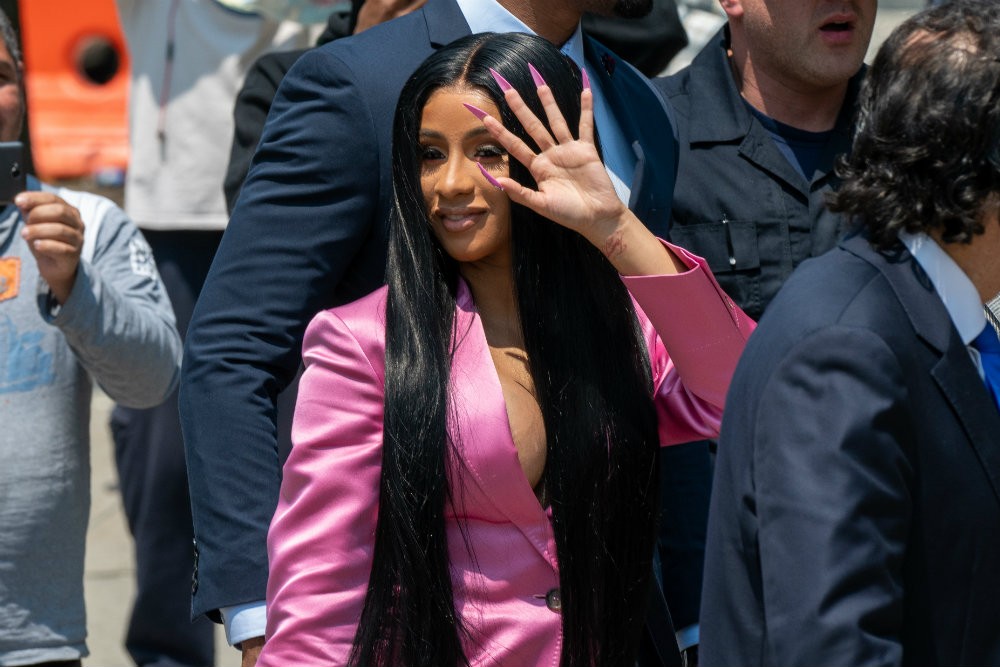 Cardi B has been indicted by a grand jury on 14 charges, including two felonies, related to an assault talking place in a Queens strip club in August 2018, TMZ reports. The rapper previously faced misdemeanor charges related to the brawl, but rejected a plea offer from prosecutors who cautioned that additional charges could be levied against the rapper should the case go to a grand jury. ABC News reports that the charges the Queens district attorney’s office are bringing against Cardi B will be unsealed on Tuesday at her arraignment. Had Cardi B accepted the plea deal, she would only have had to plead guilty to one misdemeanor charge in exchange for a conditional release.

The rapper’s legal troubles stem from accusations made by Jade and Baddie Gi, two two sisters who bartended at Angels Strip Club. The sisters claim that Cardi B incited her entourage to throw chairs and bottles at them. Sources told TMZ the incident was prompted by rumors that Jade had an affair with Cardi B’s husband, Offset from Migos. A source told NBC New York that surveillance video exists of Cardi B picking up an ice bucket and throwing it at the sisters.