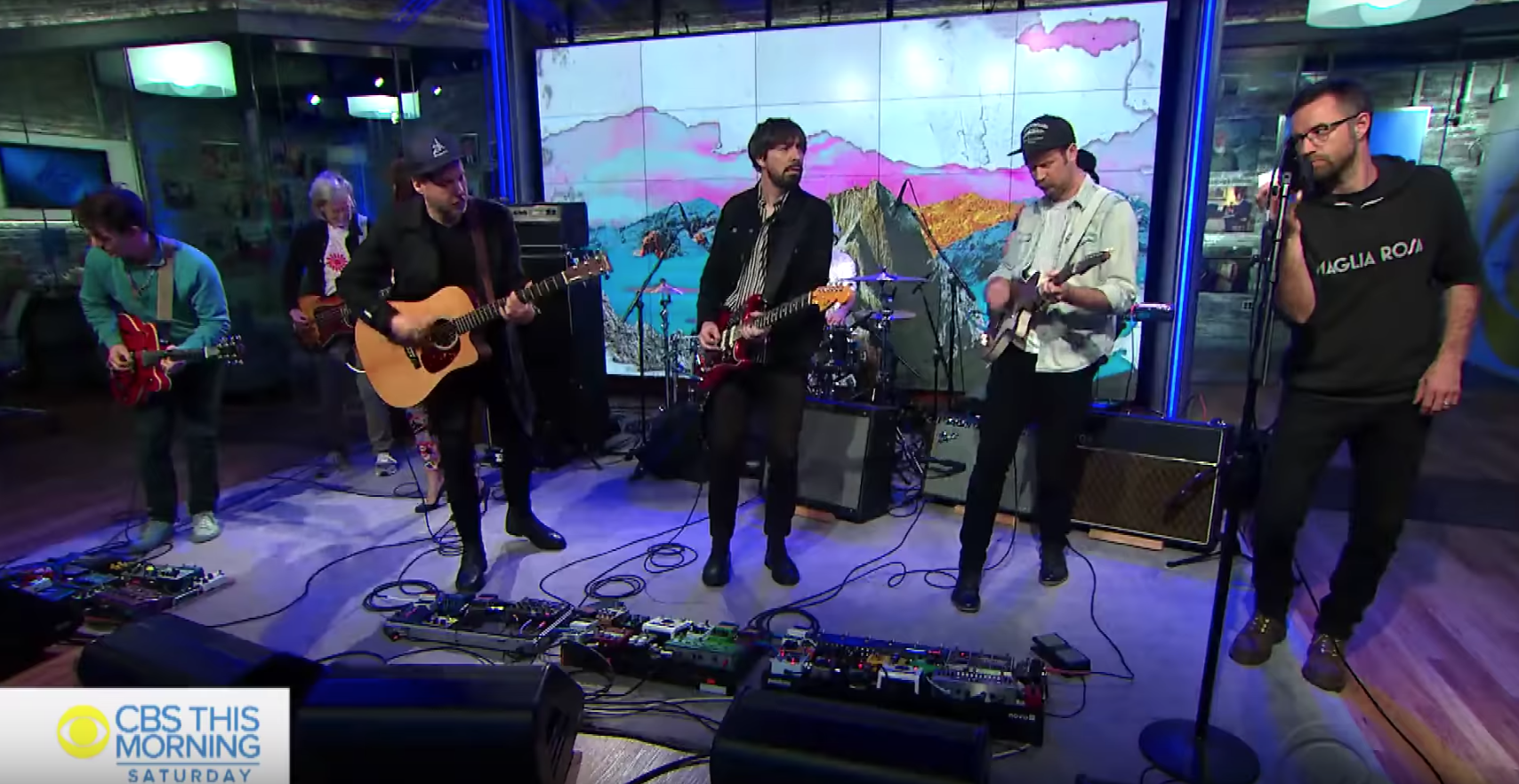 The band parsed their sometimes 19-person ensemble down to a meager 9 members, who performed their songs “Can’t Find My Heart,” “1972” and ‘Remember Me Young” for the Saturday morning series. Founding members Kevin Drew and Brendan Canning steered the ship on acoustic guitar and bass, with knotted lines that blended into the rest of the mix.

Drew and Canning also caught up with the show’s host Anthony Mason, giving a brief interview about the band’s fluidity. “There really is a chaotic mess that makes it always land,” Drew said of about the collective. Watch the band’s 3-song performance and interview below and revisit our 2017 interview with the band.