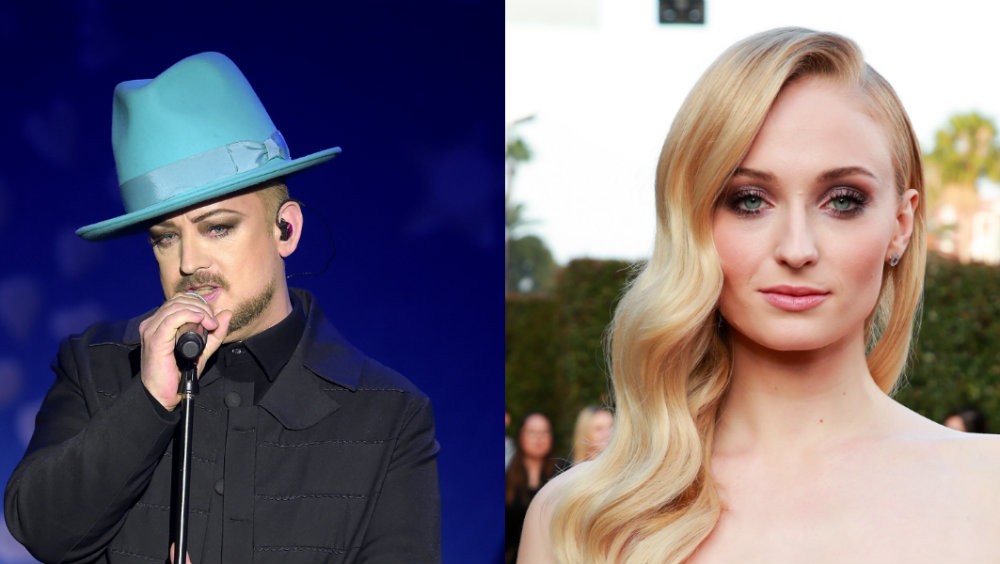 Following the success of Bohemian Rhapsody and Rocketman, a Boy George biopic is in the works ,and the ’80s pop star has expressed interest in Games of Thrones star Sophie Turner portraying him. While appearing on the Australian morning radio show Fitzy and Wippa on Monday, the Culture Club singer said that there were “some really interesting suggestions” over who should play the pop icon, but “one of the most interesting suggestions was Sophie Turner.”

Boy George (born George O’Dowd) also discussed the criticism he already received over the idea of casting a woman to play a gay man. “It’s really strange but that’s been a suggestion — I think that will upset people, which I really like,” Boy George said. “‘Oh she can’t play you, she’s a woman…but when I was 17, I would have loved to have been her.” In fairness, Turner does kind of look like a young Boy George. She definitely has the eyes and the cheekbones the role would require. Plus, Turner seems stoked on the role, as the following tweet indicates:

I’m SO down @BoyGeorge https://t.co/6Ci0VDfmtB

The biopic, which was announced in May, doesn’t have a title or a release date yet, so we’re probably not going to get any concrete casting news for a while. However, the MGM film is being helmed by Sacha Gervasi, who directed the 2013 Alfred Hitchcock biopic Hitchcock and the Anvil! The Story of Anvil. It should be interesting to see how the film shakes out given how Boy George’s life has all the ingredients for an engrossing biopic: excess, drug abuse, the adversity inherent in being an openly queer celebrity during the Reagan/Thatcher years, a meteoric rise to fame, heartbreak, and appearances on the Real Housewives of Beverly Hills.