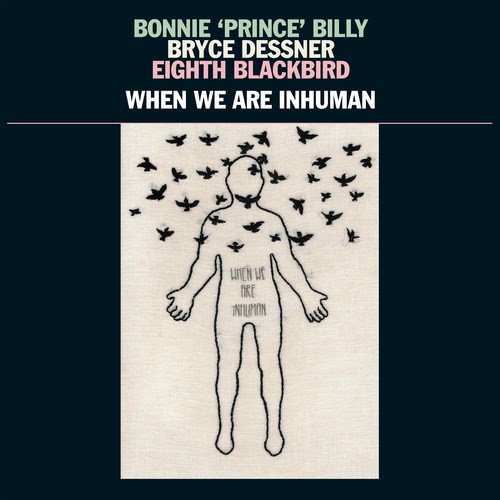 Bonnie “Prince” Billy and The National’s Bryce Dessner have announced a new collaborative album, When We Are Inhuman, with Chicago contemporary classical ensemble Eighth Blackbird. The record features new arrangements of Will Oldham originals, as well as excerpts of a 2013 Dessner piece commissioned by eighth blackbird called Murder Ballades, which incorporates traditional folk songs.

Also included is a live recording of a piece by 20th-century composer, artist, and dancer Julian Eastman. The first pre-release track from the album is a new, richly orchestrated version of Bonnie “Prince” Billy’s 2005 Superwolf track “Beast For Thee.”

Bryce Dessner released a new album of his classical works, El Chan, in April, and the latest National album—I Am Easy to Find—came out last month. The last Bonnie “Prince” Billy LP was 2018’s Songs of Love and Horror, a collection of re-recorded Oldham songs that was released along with a lyrics book of the same name. When We are Inhuman is out via 37d03d on August 30. Listen to “Beast For Thee” below.