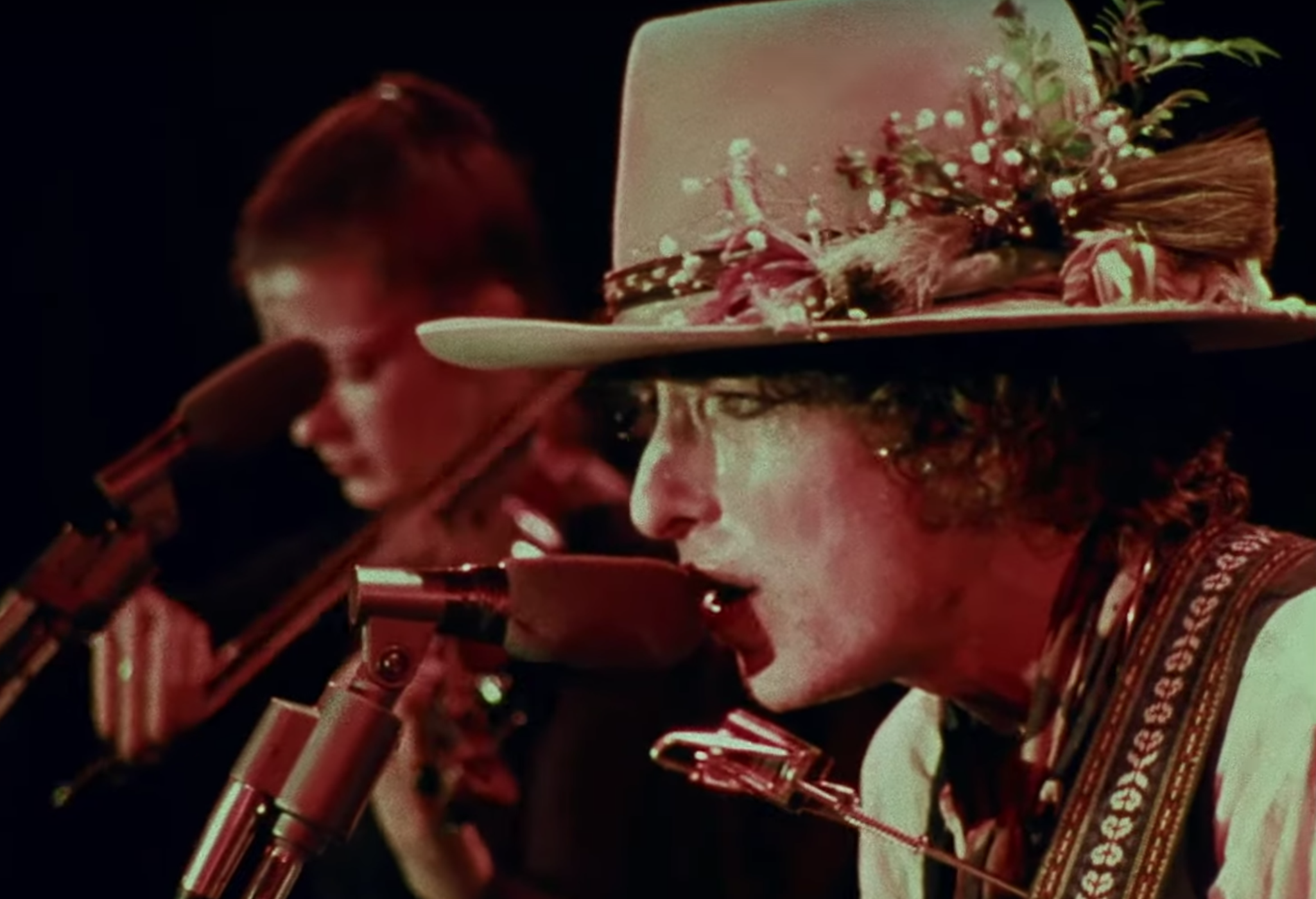 The first trailer for Netflix’s new documentary about Bob Dylan’s Rolling Thunder Revue tour, directed by Martin Scorcese, is here. Due out via the streaming service on June 12, the film features rare footage from the famously chaotic 1975 tour, and interviews with participants including Joan Baez, Sam Shepherd, Rubin”Hurricane” Carter (namesake of Dylan’s song “The Hurricane”), Sharon Stone (!), and most importantly, Dylan himself. Dylan has not given an on-camera interview in over ten years; one of his last extended interview was in Scorcese’s last Dylan film, 2005’s No Direction Home: Bob Dylan.

“It wasn’t a success,” Dylan says of the tour in the trailer. ““Not if you measure success in terms of profit.” At the performances on the tour, many of which were staged in small venues, Dylan painted his face and wore makeup; in the trailer, he expresses his feeling that “we didn’t have enough masks on that tour.” He also claims that “Joan Baez and me could sing together in our sleep” and offers some words of wisdom: “Life isn’t about finding yourself, or finding anything. Life is about creating yourself.”

A new exhaustive, 14-disc Bootleg Series release featuring recordings of rehearsals and performances from the tour is due out this Friday (June 7). Watch the trailer for Rolling Thunder Revue: A Bob Dylan Story below.