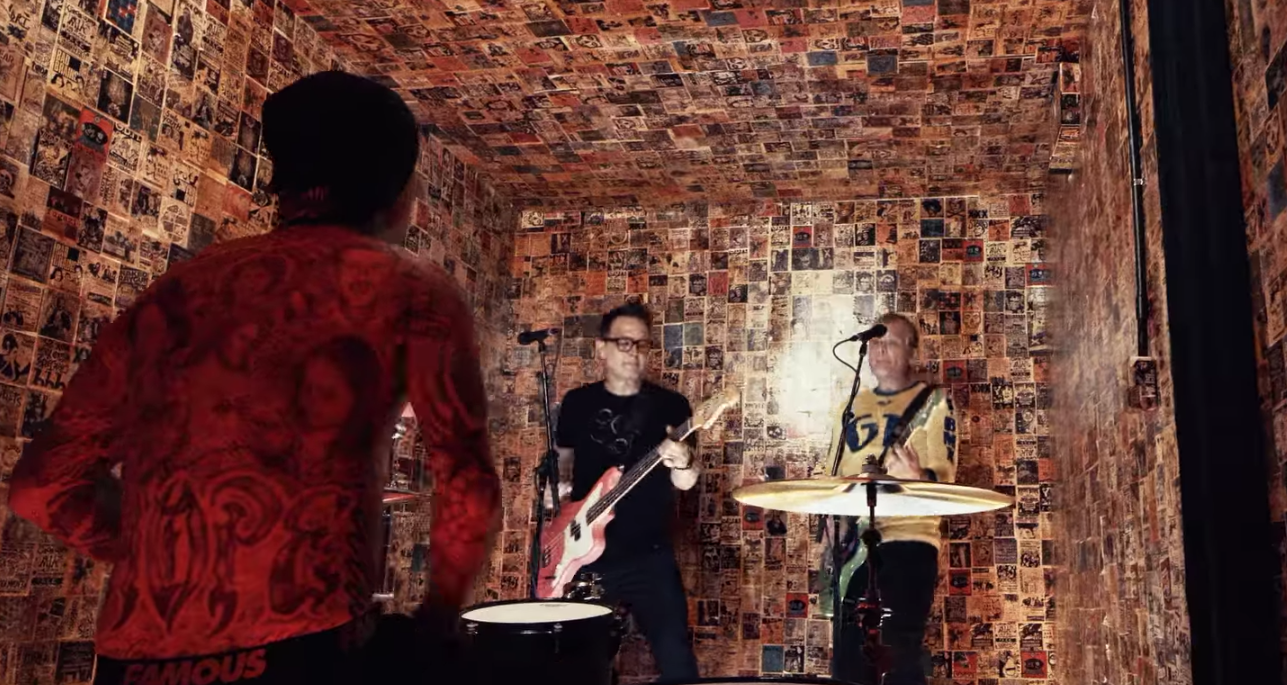 Blink-182 are still working on their yet-untitled eighth studio album. Last month, the band released a new song called “Blame It On My Youth,” which found the band grappling with their age in a genre once so associated with youth culture. Now, the trio have follow the single with another track about growing older called “Generational Divide.”

At just 50 seconds in length, the racing single packs a heavy, almost-hardcore punch inside its short duration. Over fast-paced drums and a minor-key guitar line, Mark Hoppus sings about the changing reception for the band, who’ve moved from merely a pop-punk punchline into one of the most critically acclaimed band of the 21st century. “Is it better, is it better now? / Are we better now, are we better now?” Soon enough, Matt Skiba layers on a thin-voiced second vocal line, as the pair harmonize in a style familiar to any emo fan.

Blink-182’s last album California was released in 2016. Earlier this month, the band announced that they’d be playing their seminal 1999 album Enema of the State in its entirety at a series of tour dates with Lil Wayne. Revisit our 1999 feature on the album, which just celebrated its 20th anniversary on June 1, as well as our recent interview with Travis Barker on over a decade of collaborating with rising rappers. Watch the video for “Generational Divide” below.