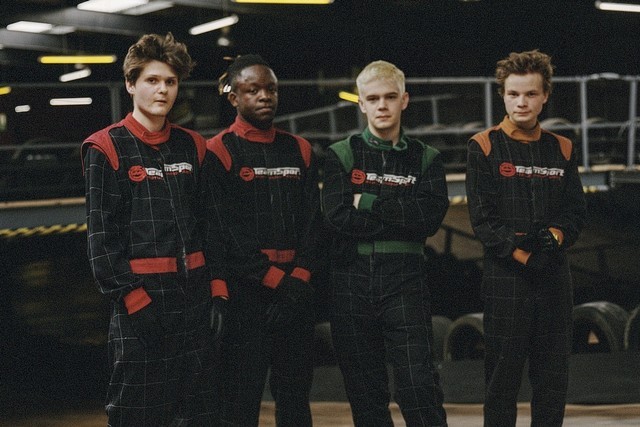 CREDIT:Dan Kendall/ Courtesy of The Artist

London post-punk quartet Black Midi have released their debut album Schlagenheim via Rough Trade, and it is now available on streaming platforms. Since the limited release of an improvised jam session with Can’s Damo Suzuki garnered a slew of attention, they’ve seen an incredible rise from London’s underground scene and their debut has been one of the most anticipated releases of the year. Schlagenheim, which is a Deutsch phrase and roughly translates to “to hit home,” features the excitement-generating singles “Crow’s Perch” and “Talking Heads,“ they also shared a new video for the song “Ducter,” which had been shared yesterday in the run-up to the album’s release.

Black Midi recently sat down with Spin for an interview about their speedy rise and freewheeling style. Bassist Cameron Picton stated that the “live jam with Suzuki was a source of raw material for several tracks” on the new album. The band also stated that the majority of the record was made in just under a week.

Currently the band is on an international tour but will be making their way towards the United States next month, including a show at the Bowery Ballroom in New York City. Stream Schlagenheim in its entirety below.