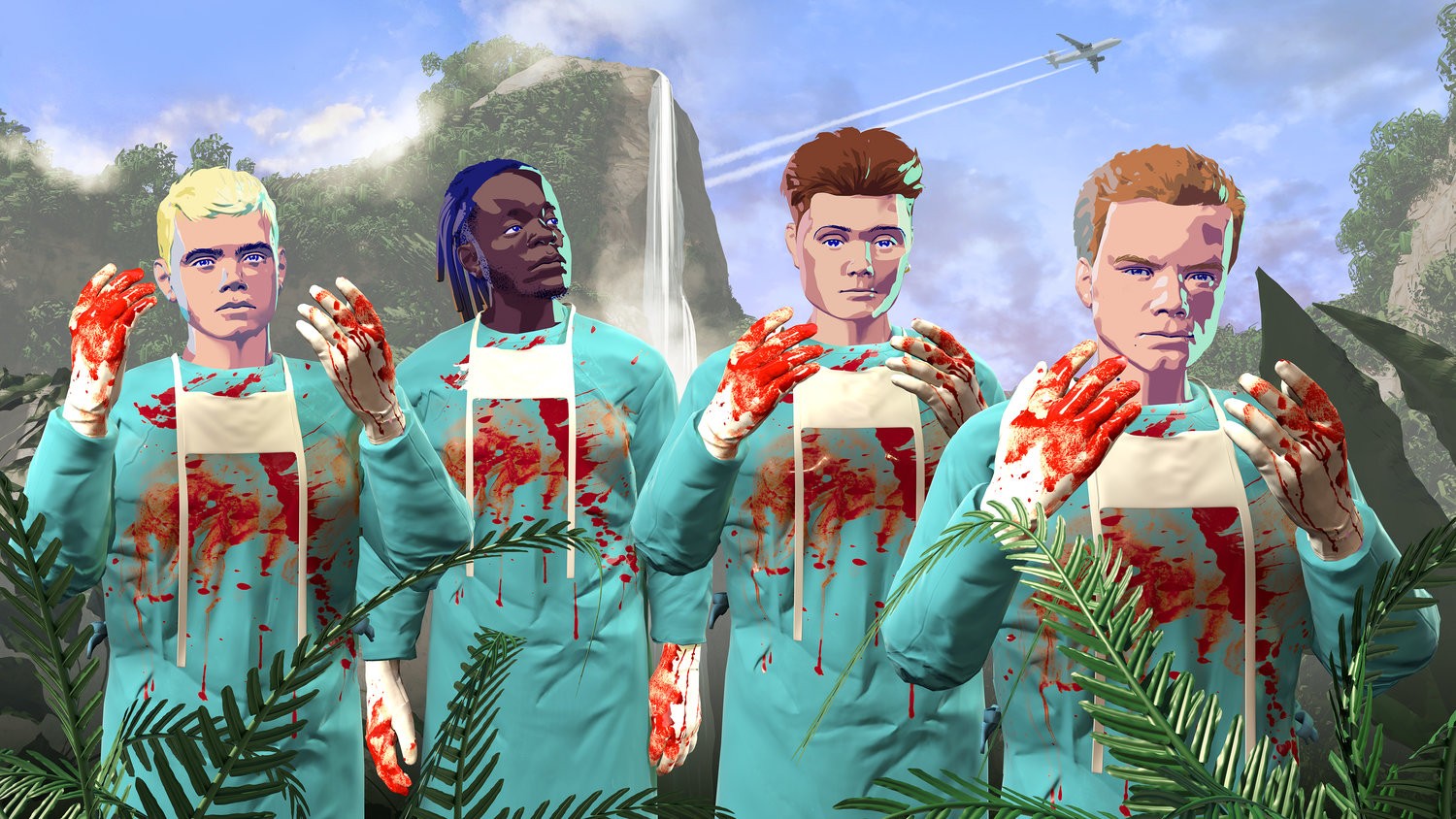 Black Midi’s debut album Shlagenheim is shaping up to be one of the most exciting rock releases of the year. The London post-punkers have already released a few official singles from the album (see “Crow’s Perch” and “Talking Heads“), and now they’re giving us “Ducter,” along with a mostly computer generated music video courtesy of Anthrox Studio.

We interviewed Black Midi about their process, and about the surreal pleasure of jamming with Can’s Damo Suzuki. “Once the Damo Suzuki thing happened,” said bassist Cameron Picton, “we realized improvisation was something we could easily use to develop more ideas. And if you listen to the recording of the Damo Suzuki show, you can hear that the genesis of a lot of songs comes from that show. A lot of the riffs, if you listen to it, are the same riffs of two or three tracks from the album.” Black Midi also spoke about forming their band at London’s BRIT School, and about the recording of Shlagenheim.

The band are currently touring internationally, but will head to the US in July for shows in New York, Minneapolis, Madison, and Chicago. Shlagenheim is out tomorrow, June 21, on Rough Trade. Read our full interview here, and watch the new music video for “Ducter” below.