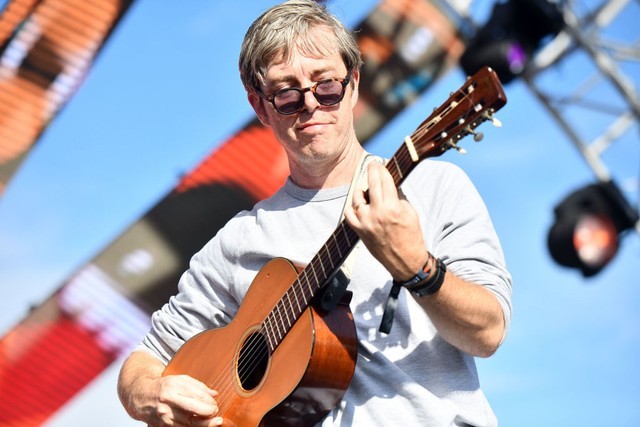 The five songs that make up side three of Bill Callahan’s forthcoming album Shepherd in a Sheepskin Vest appeared on streaming services this morning, about a week before its June 14 official release. This is the third side-long batch of songs that the cultishly beloved Austin songwriter has dropped in advance of the record, which is shaping up to be a highlight of the year so far: side one came on May 23, and side two a week later.

The new tunes are titled “Confederate Jasmine,” “Call Me Anything,” “Son of the Sea,” “Camels,” and “Circles.” They are of the same loose and understated vibe we’ve heard in the previous two batches, with small groups of acoustic instruments in spontaneous-seeming dialogue with each other, ebbing and cresting behind Callahan’s unaffected baritone. His musings on marriage and fatherhood are sometimes wrenching, sometimes hilarious, often both.

Shepherd in a Sheepskin Vest is the former Smog songwriter’s fifth album under his own name, after 2013’s excellent Dream River, and sixteenth overall. If you can’t wait until next week to hear side four, he’s also got the whole thing streaming as an NPR First Listen, which also went up today. Hear the side three songs below.