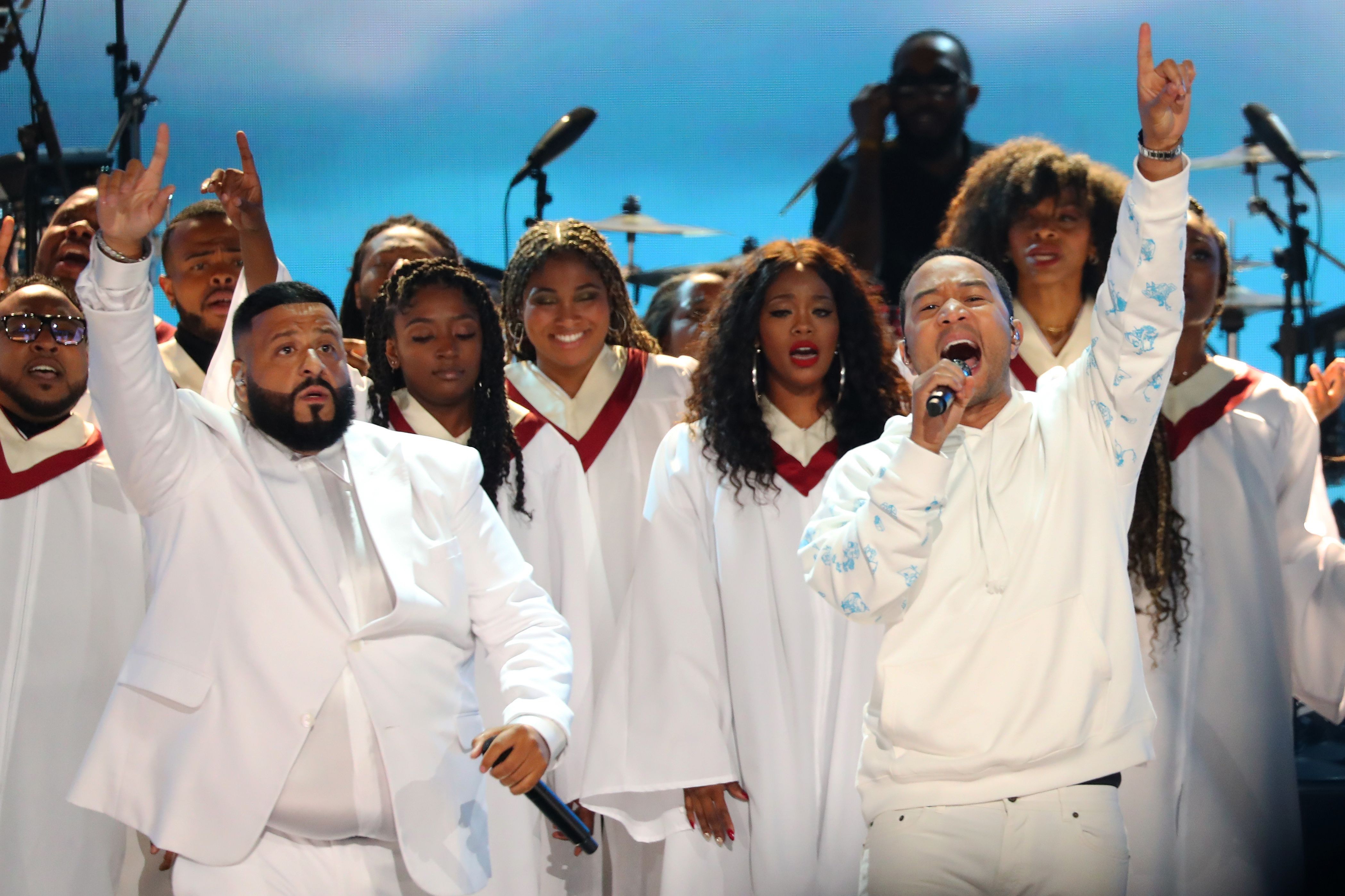 At last night’s BET Awards, Nipsey Hussle was honored posthumously with the Humanitarian Award. As an accompanying tribute, YG, DJ Khaled, John Legend, and Marsha Ambrosius performed a medley of their collaborations with the late rapper. Ambrosius sung part of her feature on “Real Big,” and YG did “Last Time That I Checc’d,” both off Nipsey’s 2018 album Victory Lap. DJ Khaled and John Legend performed “Higher,” which featured on Khaled’s recent album Father of Asahd and included a posthumous verse from Nipsey.

Nipsey Hussle was shot and killed outside his clothing store in Los Angeles in March. A suspect, Eric Holder, has since been charged with murder, assault, attempted murder, and possession of a firearm by a felon. Holder has pleaded not guilty to the charge of murder.

The BET Awards’ tribute segment follows a larger memorial service that took place in April at LA’s Staples Center, which featured written tributes from Barack Obama and Kendrick Lamar, as well as performances by Stevie Wonder, Marsha Ambrosius, and more. Wrote Obama: “While most folks look at the Crenshaw neighborhood where he grew up and only see gangs, bullets and despair, Nipsey saw potential. He saw hope.”

Watch the full performance from Marsha Ambrosius, YG, DJ Khaled, and John Legend at the 2019 BET Awards below.