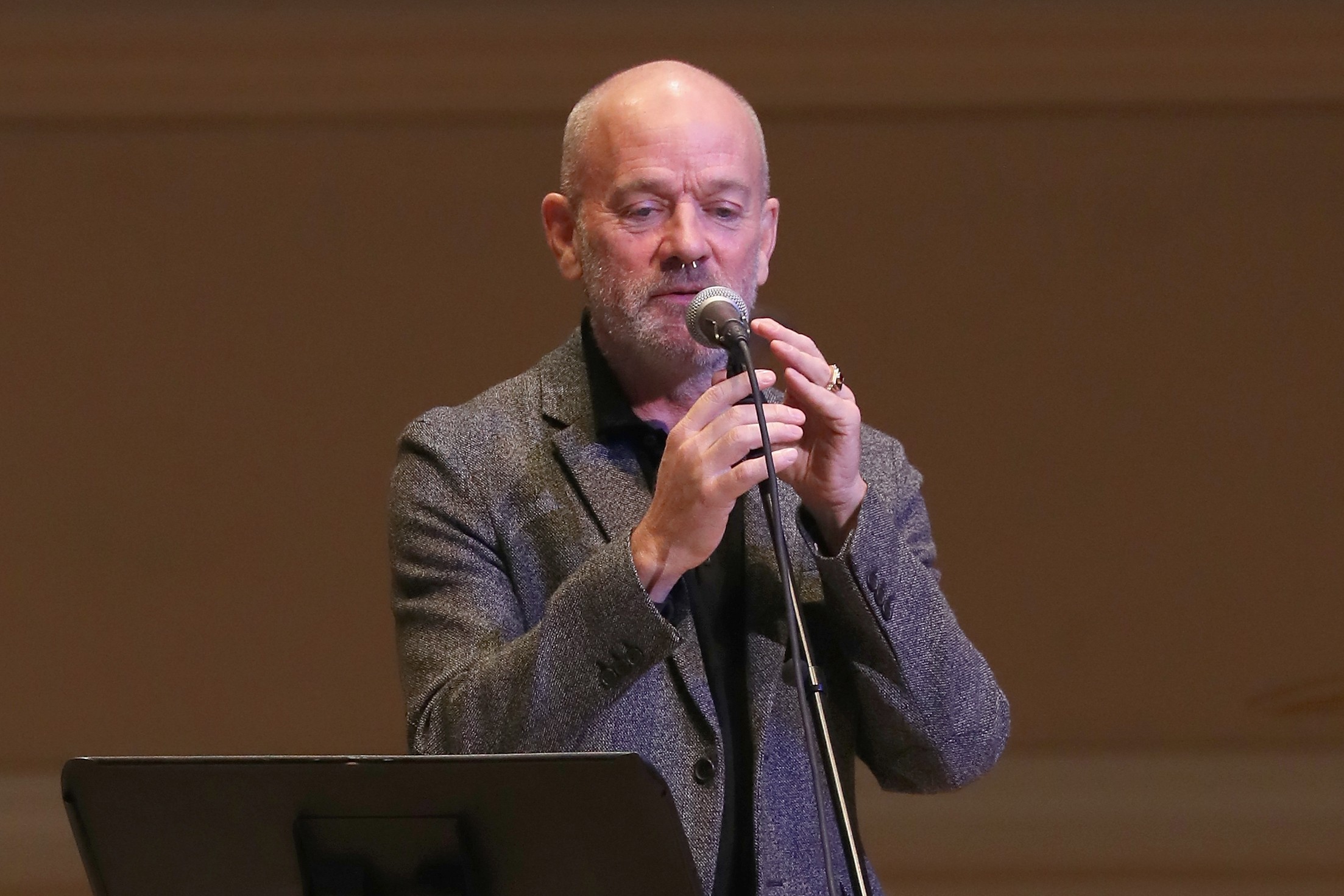 Last night, R.E.M.’s Michael Stipe opened for Patti Smith with a surprise set at NYC’s newly reopened Webster Hall. There isn’t much video from that performance, but while looking for some, we came across a recording from a private afternoon gig at the American Museum Of Natural History last month, wherein Stipe debuts a new solo song called “Your Capricious Soul” with Now It’s Overhead frontman Andy LeMaster. This is, in a way, the first real solo track we’ve heard from the artist.

Stipe released his 40-second quasi-song, “Future, If Future,” last March in honor of the March For Our Lives. He’s also shared solo covers and instrumentals. But the tune that’s for now being called “Your Capricious Soul” seems to be his first fully formed, proper solo song. According to Setlist.fm, that 4/13 museum gig for Pathway To Paris was its debut, along with another unreleased solo number, “Drive To The Ocean.”

And here are clips of both new songs being performed for the second time at Webster last night. Scroll past a few stills for the first one.