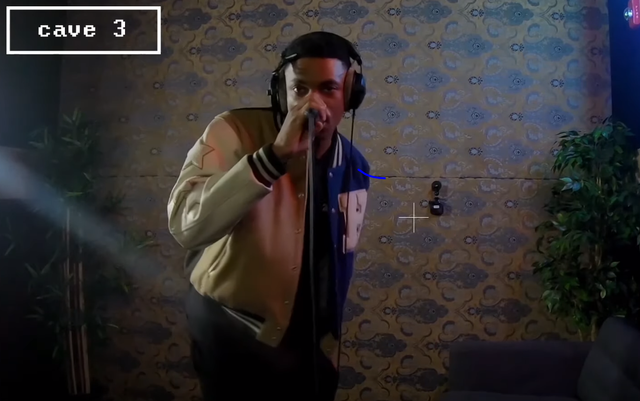 Kenny Beats handled production on Vince Staples’ latest album FM! and the pair have reunited for the latest episode of Kenny Beats’ online web series The Cave, as Pitchfork points out. The series finds the producer bringing his favorite rappers to the studio, where he makes a beat on the spot for them to rap over.  Notable past guests include Freddie Gibbs, Rico Nasty, JPEGMAFIA, Zach Fox, and more.

In the latest clip, Staples asks for “something toxic.” “I want some 808s, no heartbreak at all,” he says. After pitching down a chopped drum sample, adding some hi-hats, 808 bass, and his iconic “Woah Kenny!” tag, Staples finally gets in the booth, where he raps about making moves and blowing up as an artist. “Kenny Beats is the Po-lice, he’s my one white homie,” he raps in an off-the-cuff hook. It feels like one of the better freestyles to come out of the still-fairly-new show, but who knows if it’ll ever get a proper release. Watch the freestyle video below.