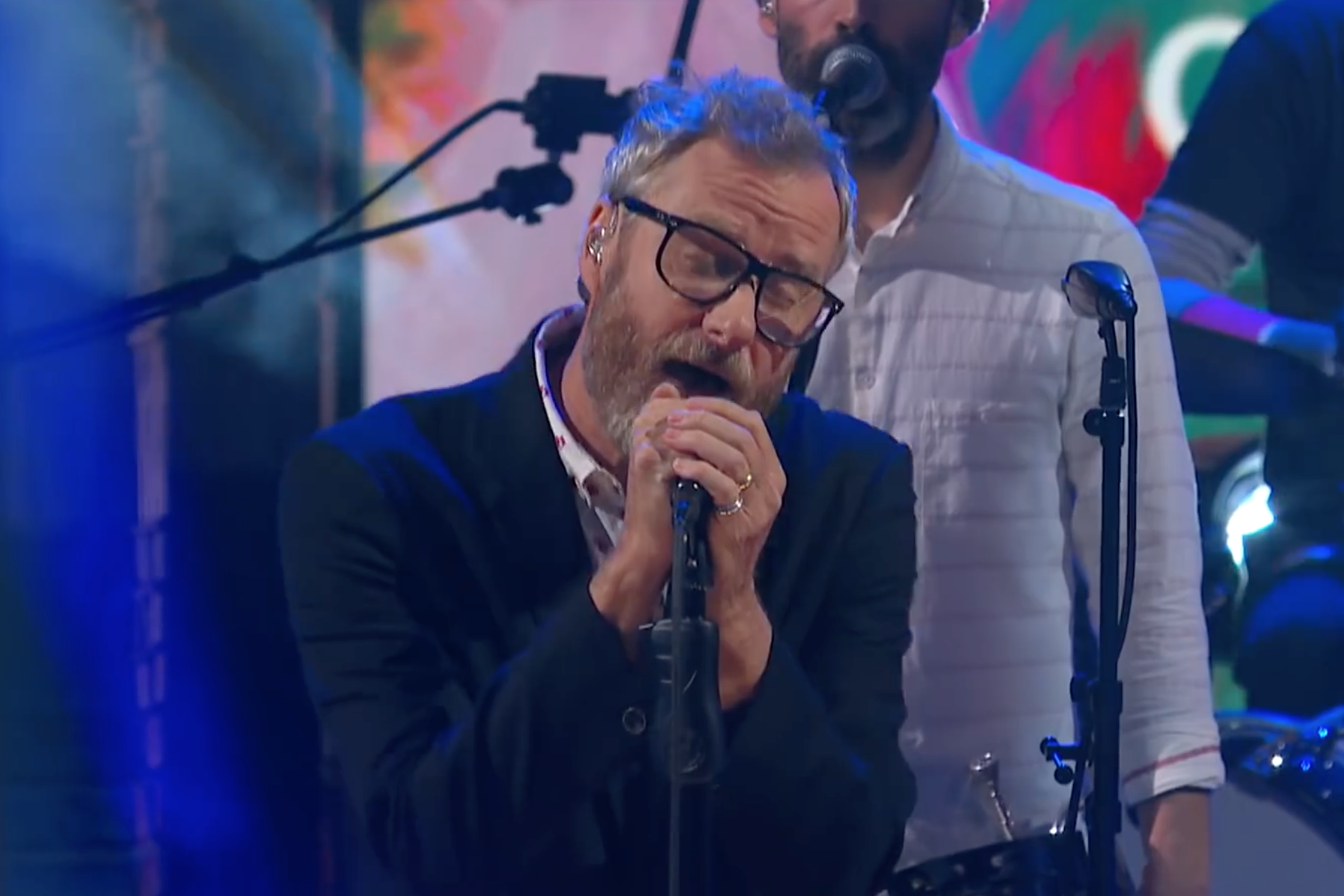 After a lengthy rollout, The National’s new album I Am Easy To Find is almost upon us. Ahead of the official release on Friday, Matt Berninger and the gang stopped by The Late Show with Stephen Colbert for a rendition of the album’s lead single, “You Had Your Soul With You.” Gail Ann Dorsey, whose honeyed vocals are such a central component of the track’s studio version, was replaced on Colbert by Mina Tindle, who’s been touring with The National in support of the new album.

I Am Easy To Find is accompanied by a Mike Mills-directed short film (he did Beginners and 20th Century Women) starring Alicia Vikander; the band have already made it available to stream, and previewed the film live at special events Paris, London, New York, Toronto and L.A. The National’s last album was 2017’s Sleep Well Beast, which won the Grammy for Best Alternative Music Album. National member Bryce Dessner also put out a collection of classical compositions on Deutsche Grammophon last month, featuring a piece dedicated to Babel and Birdman director Alejandro Gonzalez Iñárritu.

Check out The National’s performance of “You Had Your Soul With You” on The Late Show with Stephen Colbert below, and make sure to pick up the new album on May 17.