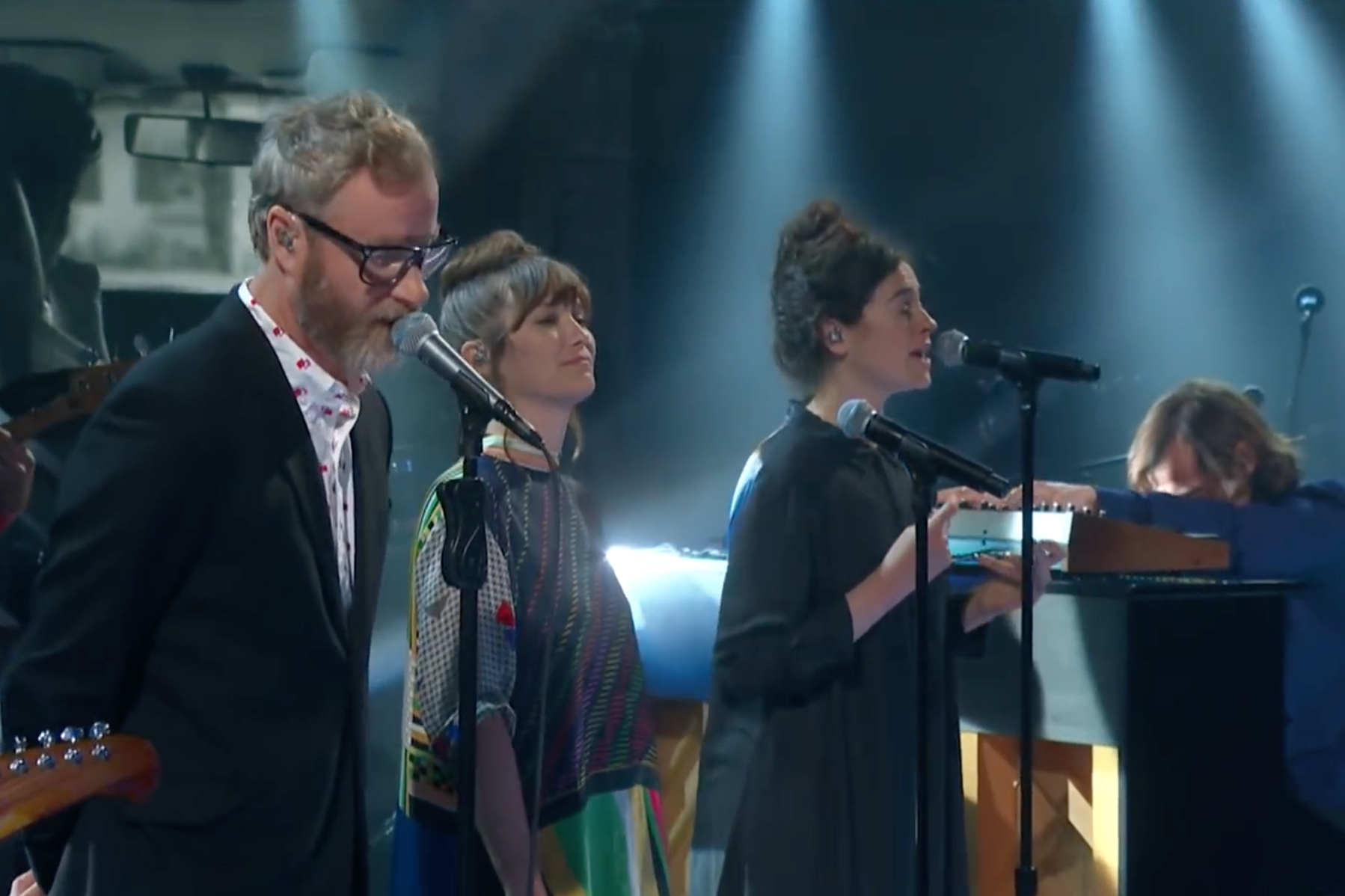 Since The National first performed “Rylan” way back in 2011, the song has become a fan-favorite—something you’d only hear at a live show, since the track didn’t appear on 2013’s Trouble Will Find Me or 2017’s Sleep Well Beast. But with the National’s most recent album, I Am Easy To Find, “Rylan” has finally found its home.

The National performed “Rylan” in its latest incarnation on last night’s episode of The Late Show With Stephen Colbert. It’s the band’s second appearance on Colbert in just two weeks, having already performed I Am Easy To Find’s lead single “You Had Your Soul With You” on May 14. They kept the same lineup (and apparently the same outfits, indicating a possible pre-taped situation) for last night’s performance, and were joined by backup vocalists Mina Tindle and Kate Stables.

I Am Easy To Find comes along with a 27-minute short film of the same name, directed by Mike Mills and starring Ex Machina’s Alicia Vikander. Also featured on the album are early singles “Hairpin Turn” and “Light Years.” Revisit our track review of “You Had Your Soul With You,” and our review of I Am Easy To Find here. Check out The National’s performance of “Rylan” on The Late Show With Stephen Colbert below.