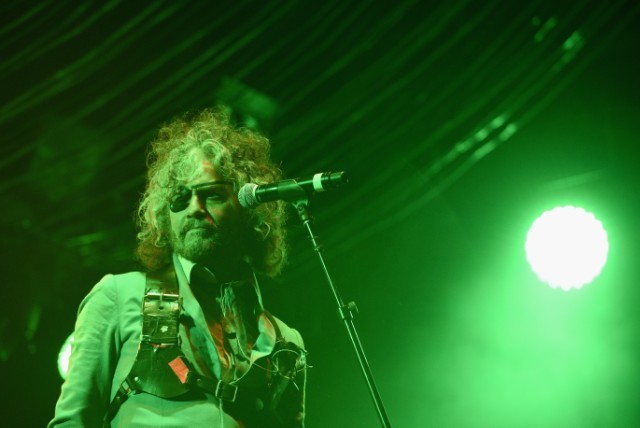 In December, the Flaming Lips announced their 15th studio album King’s Mouth: Music and Songs, which was initially packaged as a Record Store Day exclusive release in a limited edition run of 4,000 copies pressed on gold vinyl. The concept album, which features the Clash’s Mick Jones, will be available for wide release next month.

In the meantime, the Flaming Lips have released “Giant Baby” (ft. Mick Jones), the second single off the album. The lead single, “All For The Life Of The City,” came out in April. Before the ethereal song kicks in, Jones provides fairy-tale style dialogue about the titular giant baby and how difficult it is to buy toys for a gargantuan child who “loves the sky” and is constantly trying to touch it. The song is accompanied by an appropriately psychedelic lyric video.

The Flaming Lips kick off a summer tour on July 23 in Wichita, Kansas. King’s Mouth: Music And Songs will be available as a wide release on July 19. Listen to, and watch the lyric video, for “Giant Baby” below.