Watch Taylor Swift Perform “ME!” on The Graham Norton Show 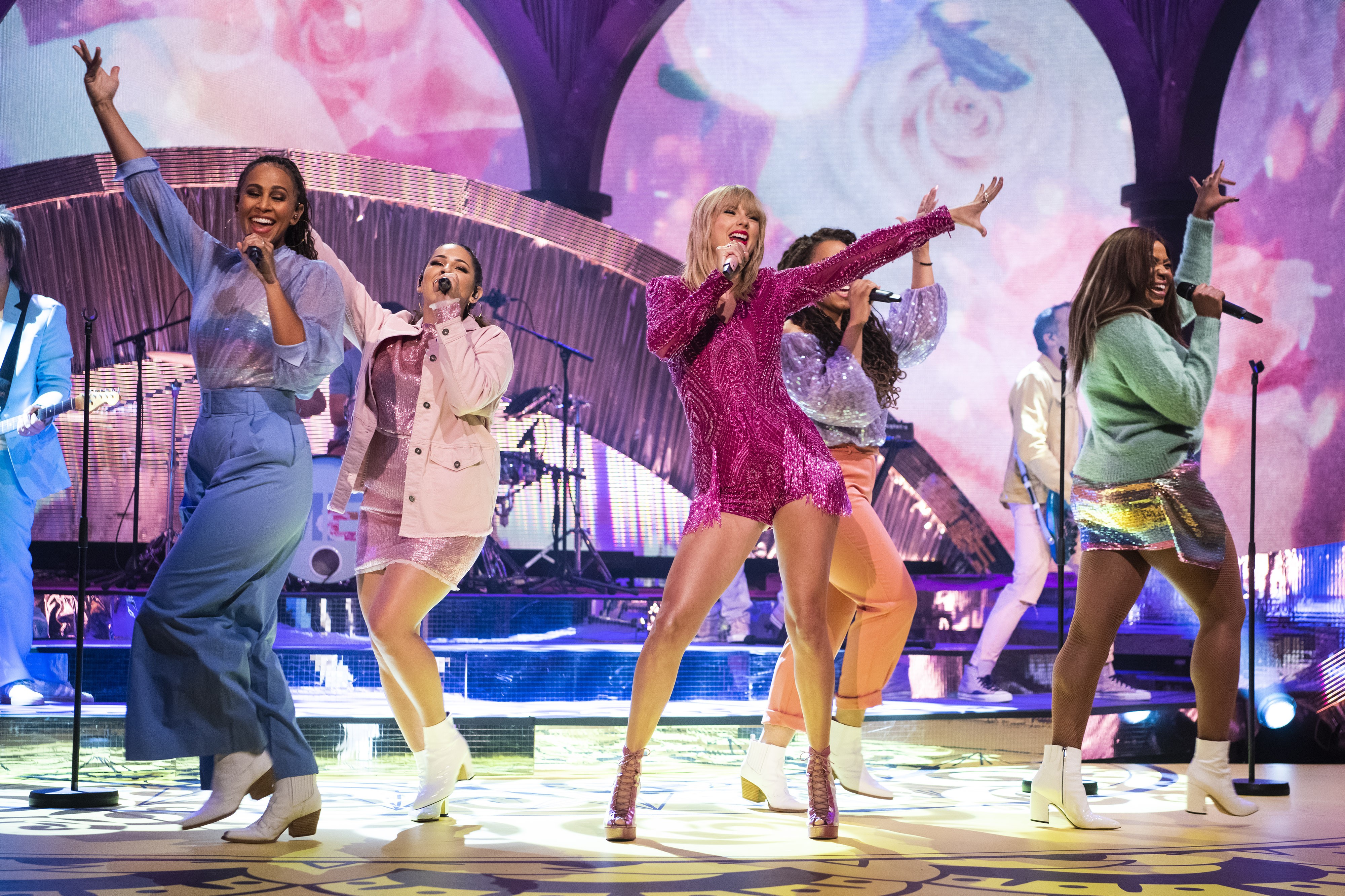 Taylor Swift’s latest single “ME!” dropped a few weeks back during ABC’s NFL draft coverage and now she’s brought the song to The Graham Norton Show, where she performed it live. The performance follows other recent appearances on Ellen and The Voice, where she performed during the show’s season finale with Panic! at the Disco’s Brendon Urie.

Urie, however, wasn’t present for Swift’s Graham Norton performance, where she was instead joined by a live band and chorus of backing vocalists. With a flashing floral display to their back, Swift and her band gave heartfelt performance of the song, one that feels surprisingly consistent with the song’s studio version.

Taylor Swift’s latest album Reputation was released in 2017 featuring the popular singles “Gorgeous,” “Endgame,” “…Ready For It?” and “Call It What You Want.” Last month, she also released an elaborate music video for “ME!” Watch video of her Graham Norton performance below and revisit our recent essay on the single and Swift’s fraught relationship to “pop’s big machine” here.