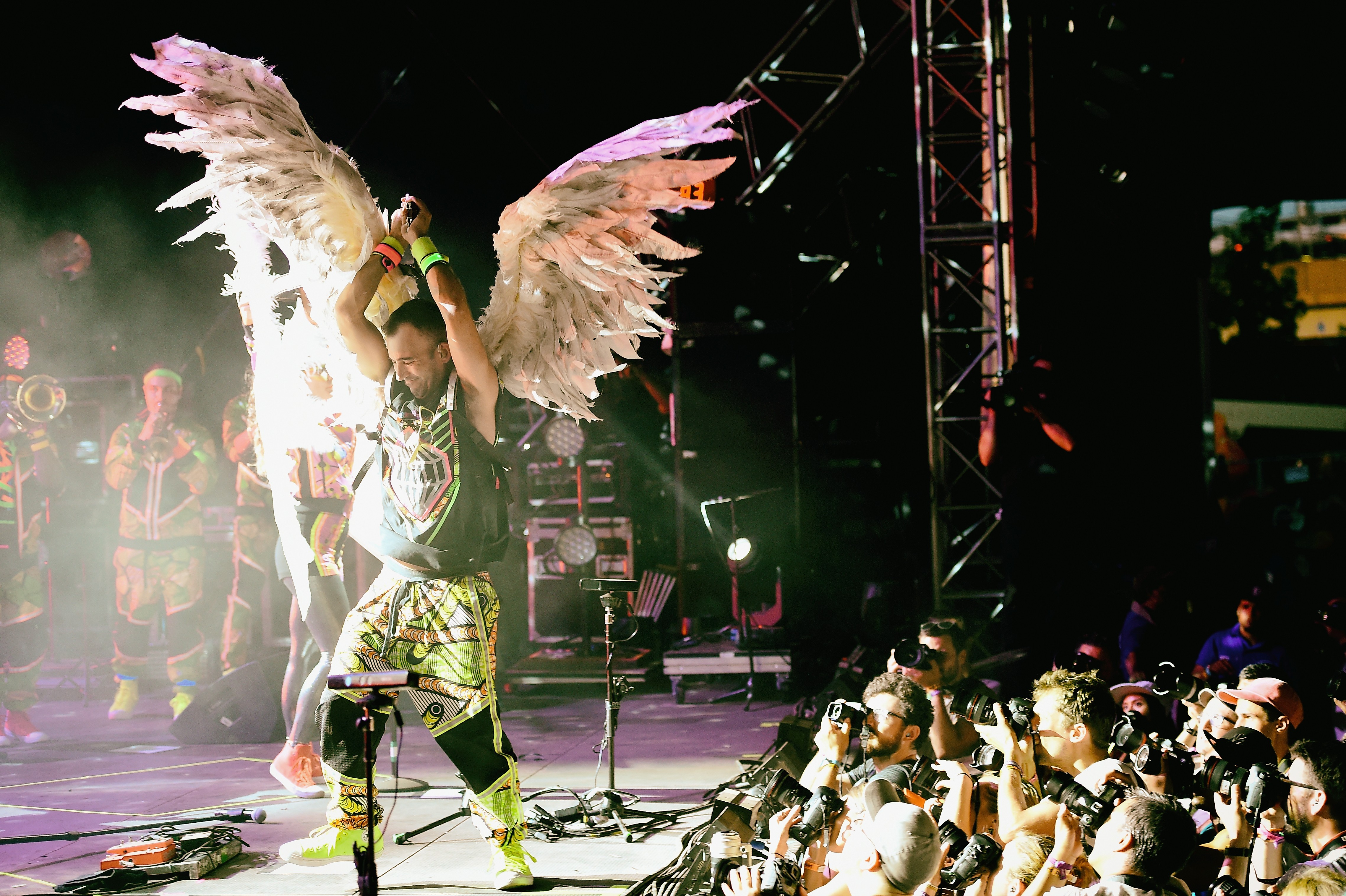 June is Pride Month, and Sufjan Stevens has released two new songs to celebrate the occasion. “Love Yourself” and “With My Whole Heart” are reminiscent of rare neon-tinged, upbeat Sufjan jams like “Too Much” and nothing like the stripped back ambient folk of Carrie and Lowell, or his work for the Call Me By Your Name soundtrack. “Love Yourself” builds on slow-burning synths, while the funky drum patterns of “With My Whole Heart” feel a little closer to the retro-futurism of Daft Punk’s Random Access Memories. In a press release, Sufjan writes that “With My Whole Heart” is intended as “an upbeat and sincere love song without conflict, anxiety or self-deprecation.” “Love Yourself” comes along with two alternate versions, both about half the length of the original.

Sufjan’s most recent full-length album was 2017’s Planetarium, a space-themed collaboration with James McAlister, Bryce Dessner, and composer Nico Muhly; since then, he’s released a “mixtape” in the form of The Greatest Gift, which featured B-sides and remixes of tracks from Carrie & Lowell, and also put out a series of one-off singles. He released two versions of his ode to disgraced figure skater Tonya Harding, and contributed two original songs to Luca Guadagnino’s film Call Me by Your Name. He also put out another Christmas song, titled “Lonely Man of Winter.” Sufjan further recently created his own Instagram page, where he posts pictures of bronze rabbits and half-eaten cookies.

“Love Yourself” and “With My Whole Heart” will be released on limited-edition 7″ vinyl on June 28, and are available to stream now; some proceeds will go to the Ali Forney Center and the Ruth Ellis Center. Check out the two new songs below, and grab some Sufjan-themed merch from sufjamz.com.