Stranger Things creators Matt and Ross Duffer have escaped a lawsuit claiming that the brothers stole the idea for their popular Netflix series. The trial was scheduled to begin Tuesday, but less than 48 hours before Hollywood was to have witnessed one of the biggest idea theft trials in years, plaintiff Charlie Kessler backed off. According to his attorney, he has decided to drop his lawsuit.

It’s unclear whether he was paid for doing so. Kessler issued a statement acknowledging the Duffers “independently created the show,” words that will certainly save face for the brothers as they put an end to a contentious case that threatened to stain their reputation.

In the case, Kessler alleged that he pitched a project at the 2014 Tribeca Film Festival to the Duffers, and they subsequently ran away with his idea for a show set in a small town where a secret governmental project exists investigating the paranormal.

The brothers insisted they independently created Stranger Things, but in April, a judge rejected their motion for summary judgment. This meant that a jury would decide Kessler’s legal claim of breach of an implied contract. Had the case gone to trial, Kessler would have to show there was enough of an understanding between the parties that a contract had indeed been formed over compensation in the event that Kessler’s pitch moved forward to development. Kessler would also need to show that Stranger Thingsderived from his own project titled Montauk. 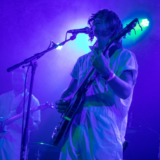 Adding intrigue to the showdown was the prospect that secrets would come out in court. Both the Duffers and Netflix warned that future plot points for Stranger Things and financial information for Netflix creators could be openly discussed and create substantial harm.  Nevertheless, the trial judge refused to completely seal everything requested and bifurcated the trial into two phases.

In the weeks headed up to trial, both sides scrambled to conduct discovery and complete depositions.

A potential sign of trouble for Kessler came late last week when he suddenly provided notice of a narrowing of claims — specifically that ideas were taken from a script. Instead, he would only pursue claims based on the short film he had made, what was on his website and that 2014 conversation that allegedly involved the idea of a cop with a haunted past.

Although the bar for getting past the summary judgment phase in an implied contract suit may be lower than the bar in a copyright suit (where ideas aren’t protected; only non-generic expression is), Kessler still faced an uphill climb at trial given the need to prove both contract and similarity.

Kessler has now decided not to move forward. He’s careful not to characterize this as a settlement, even if there was benefit conferred for dismissing the case with prejudice. The parties declined to comment on the financial aspects of any deal that led to the mutual walk-away on the eve of trial.

In a statement, Kessler said, “After hearing the deposition testimony this week of the legal expert I hired, it is now apparent to me that, whatever I may have believed in the past, my work had nothing to do with the creation of Stranger Things. Documents from 2010 and 2013 prove that the Duffers independently created their show. As a result, I have withdrawn my claim and I will be making no further comment on this matter.”

As a result, the Duffers experience relief and can look forward to the debut of the third season of Stranger Things on July 4. In the case, they were represented by Alonzo Wickers at Davis Wright Tremaine and, within the past few weeks, William Price and Robert Schwartz at Quinn Emanuel.

Just minutes after Kessler put out his statement on Sunday afternoon, Netflix was ready with its own in a sign that the resolution was at least partially negotiated.

“We are glad to be able to put this baseless lawsuit behind us,” a spokesperson for the company said. “As we have said all along, Stranger Things is a ground-breaking original creation by The Duffer Brothers. We are proud of this show and of our friends Matt and Ross, whose artistic vision gave life to Stranger Things, and whose passion, imagination and relentless hard work alongside our talented cast and crew made it a wildly successful, award-winning series beloved by viewers around the world.”