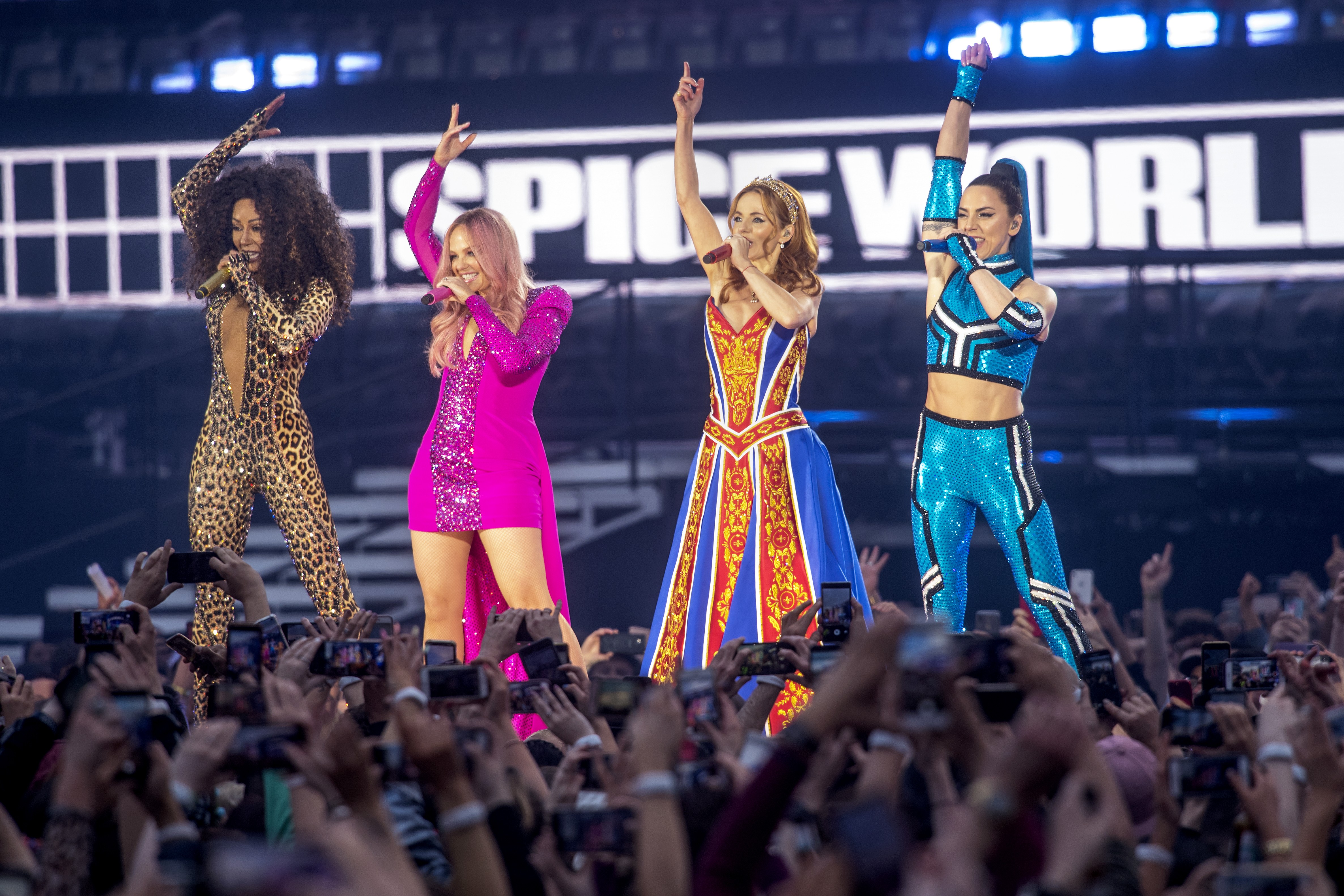 The Spice Girls announced an upcoming U.K. reunion tour back in November and last night, the group performed in Dublin, where they sang together publicly for the first time in seven years. Baby Spice, Ginger Spice, Scary Spice, and Sporty Spice were all smiles on stage, where they came out in matching gleaming outfits to sing their hits “Wanna Be” and “2 Become 1,” as Rolling Stone points out. Noticeably absent from the group was Victoria Beckham (aka Posh Spice), who chose not to join her bandmates on tour and instead focus on her clothing line.

The performance also had some issues with sound. “There’s something wrong when the crowd at @spicegirls concert are all sitting down because no one has a clue what song is on because the sound really is THAT bad,” wrote one fan on Twitter. Another said that they “could hardly make out the words,” calling it the “worst sound I’ve ever heard at a concert.”

Last year, the group were rumored to be working on an animated superhero film, which would see each Spice Girl get their own super power. The Spice Girls reunion tour is a long time coming, but the hype intensified when all five members appeared in a group photo last year for the first time in close to five years. Still no word on whether or not they’re releasing any new music, but in the meantime, watch footage of reunion performance below and catch the group on tour with dates as listed here.

There’s something wrong when the crowd at @spicegirls concert are all sitting down because no one has a clue what song is on because the sound really is THAT bad. @mcd_productions @CrokePark @IrishTimes @LovinDublin #SpiceWorldTour #SpiceGirl pic.twitter.com/QkENc7BJ8Y

The #spicegirls put on a fabulous show tonight. But am really surprised that nobody seems to be talking about how poor the sound was. Could hardly make out the words they were saying at times. Was worst sound I’ve ever heard at a concert pic.twitter.com/UnKsi3B4Wo