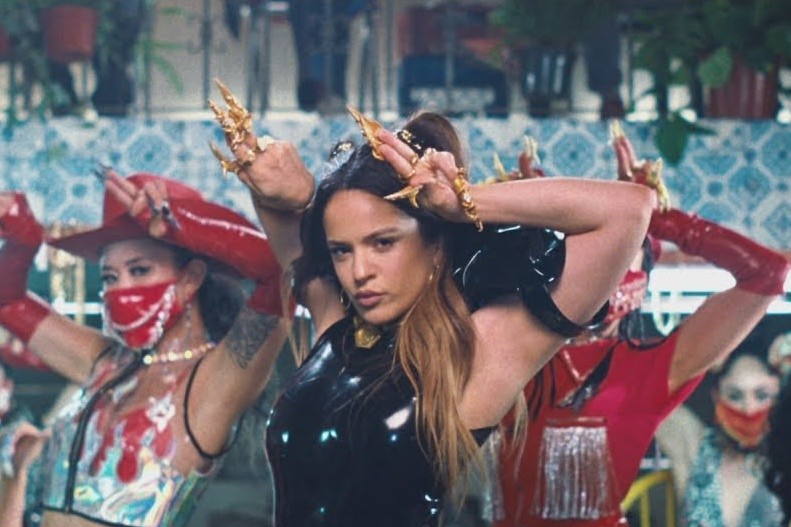 Rosalía has released the music video for a new song titled “Aute Cuture.” The striking visuals were handled by Bradley & Pablo. Rosalía released a trailer for the video yesterday, which teased the involvement of model Tzef Montana. She also shared the single art in an Instagram post, and noted that the new video marks one year and one day since the release of her single “Malamente.”

“Aute Cuture” is Rosalía’s first new single since the release of “Con Altura,” with J Balvin and El Guincho. Since there’s been no official album announcement, it appears that both “Aute Cuture” and “Con Altura” are one-offs. Rosalía’s last full-length project was 2018’s El Mal Querer. She contributed to James Blake’s most recent album, Assume Form, lending her vocals to “Barefoot in the Park;” the track also received a music video. Game of Thrones’ compilation album For The Throne featured a collaboration between Rosalía and A.CHAL. She’s also been teasing a collaboration with Billie Eilish.

Rosalía has a string of concerts coming up this summer, with shows planned at Glastonbury and Primavera Sound, in Porto. Come October, she’ll be playing Austin City Limits 2019. Check out the new video for “Aute Cuture” via YouTube below.