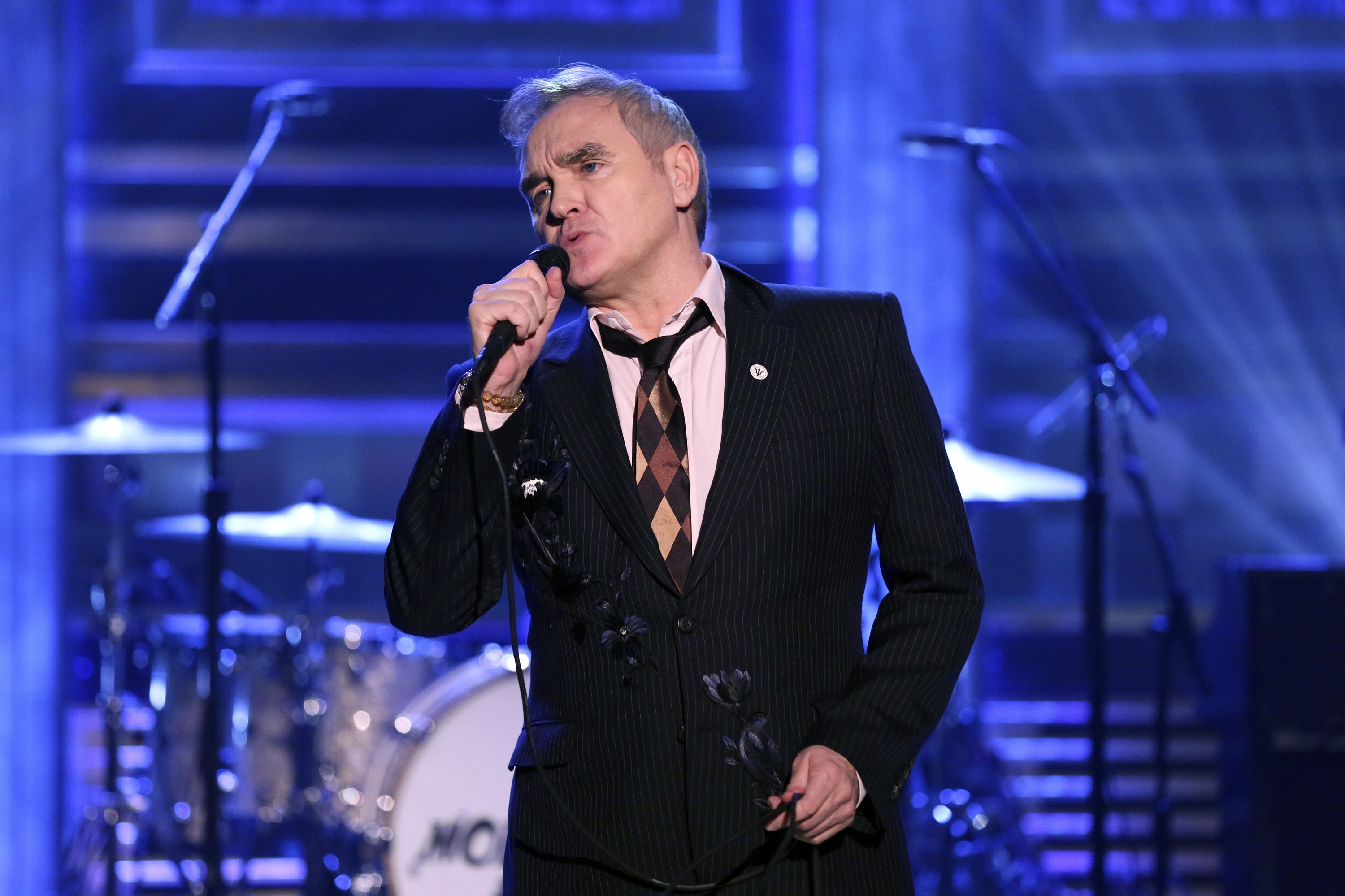 Today on his website, Morrisseycentral.com, Morrissey released a statement in response to widespread criticism that followed his donning of a far right wing British political party’s pin during a recent performance on Fallon. (Where would he have gotten the idea to flatter conservative politicians on The Tonight Show?) It’s no secret, of course, that Morrissey has daft political opinions, and the statement, titled “Because This Is How I Am” is essentially a gibberish case that the UK print media is being too mean to Morrissey. UK tabloid media is certifiably insane and frequently mean, but Morrissey deserves it.

Anyway, feel free to engage further with this statement if you choose, but I mostly just want to point out this one single sentence that features some of the most deranged punctuation I’ve ever seen:

With voice extended to breaking point, I call for the prosperity of free speech; the eradication of totalitarian control; I call for diversity of opinion; I call for the total abolition of the abattoir; I call for peace, above all; I call for civil society; I call for a so-far unknowable end to brutalities; “No” to Soviet Britain; prayers not to gods but to forces; an end to disingenuous media cluelessness; the people have the power; hatred and beheadings belong in the furnace of history; music might still be your only friend; for every shade and persuasion … we shall always be alongside each other – everyone’s culture of value; no more fashionable outrage; cows are friends to humans – don’t kill them; beware of those who write in headlines; moral fiber means holding on … to your friends; give up on inferior arguments; God gave you your life to enjoy – you will cry for your life in years to come … death always answers back; do not be a nobody; you have survived this far in order to make the remainder peaceful and funny; your very survival proves that you have a right; ignore the cold eyes of fascism; your life is Art.”

Yes, that is one sentence with 24 semi-colons, three ellipses, three dashes, two commas, and one period. Morrissey—go back to fuckin’ school, man.