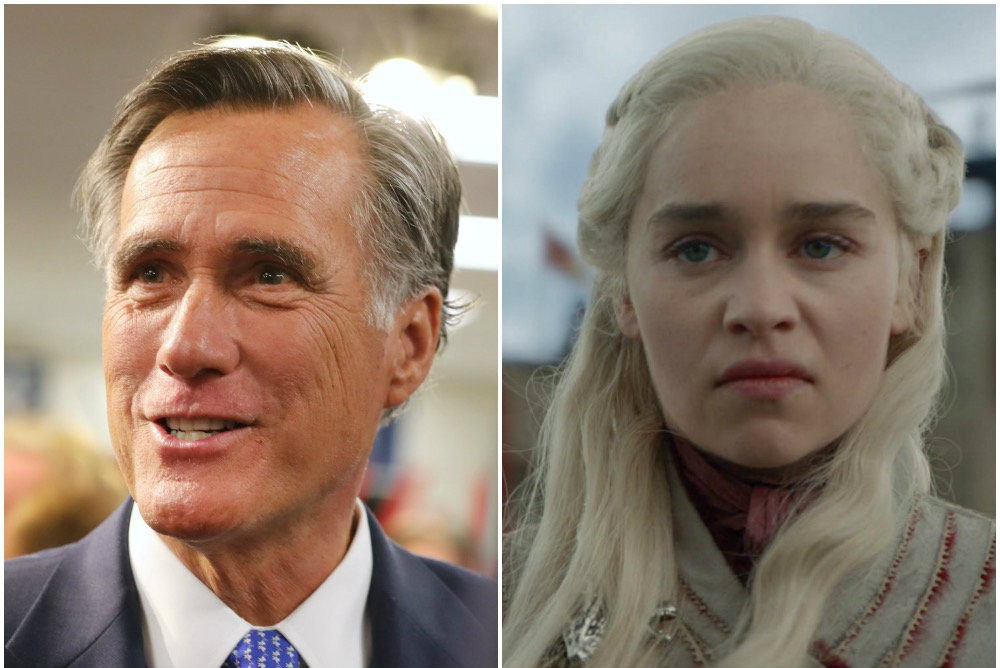 Mitt Romney celebrated Mother’s Day with a little arts and crafts project dedicated to his wife of 50 years, Ann Romney. As you can see, the Romneys are apparently huge Games of Thrones fans, and Mitt’s Mother’s Day tribute positions Ann as the Daenerys Targaryen (Emilia Clarke) figure presiding over a brood of dragons, each one named after the Romneys’ five adult sons.

The hapless Utah senator shared the photo Sunday afternoon, just hours before Game of Thrones’ penultimate episode revealed Daenarys’s shocking transformation from a defender of innocents to a bloodthirsty monarch who incinerated thousands of bystanders while burning King’s Landing to the ground with her dragon.

Mitt, we really hope so too.