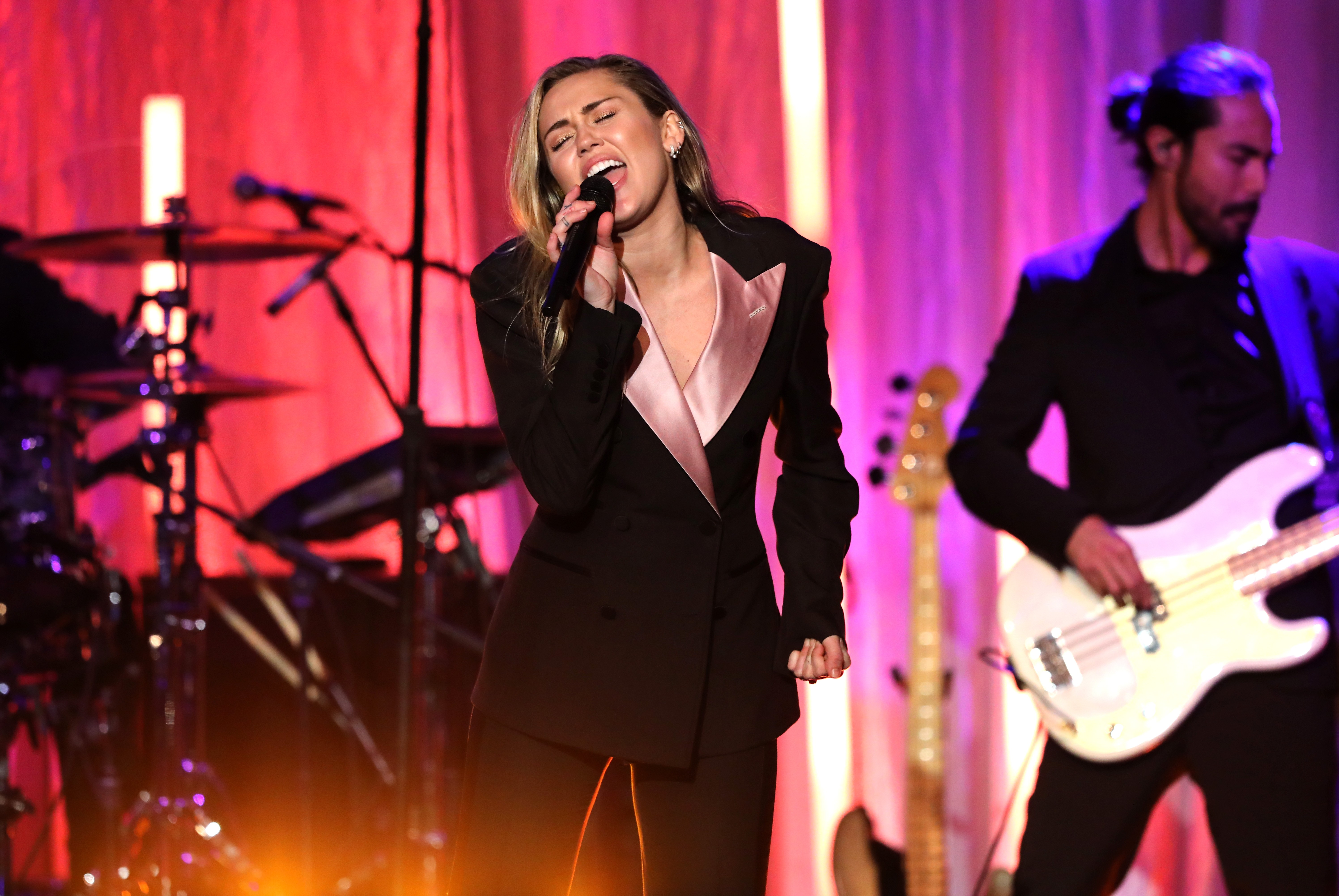 Miley Cyrus’ new EP She Is Coming is out now on RCA Records. After announcing the project earlier this week, Cyrus has been promoting the project on social media with a series of weird videos in which she chews different kinds of fruit very loudly. The six-track EP features guest spots from Ghostface Killah, RuPaul, Swae Lee, and Mike Will Made It. She Is Coming marks Cyrus’ first project since 2017’s Younger Now, and her first EP since 2009’s The Time of Our Lives, which featured her classic song “Party In The U.S.A.”

In a recent interview with Vanity Fair, Cyrus offered a sense of what to expect from her new music:

“There’s psychedelic elements, there’s pop elements, there’s more hip-hop-leaning records,” she says. “You know, in the same way I like to kind of just be genderless, I like feeling genre-less.” This new album, she says, will be “just kind of a mosaic of all the things that I’ve been before.”

Late last year, Cyrus released a single with Mark Ronson titled “Nothing Breaks Like a Heart.” The duo performed the single on The Graham Norton Show and Saturday Night Live, as well as at the 2019 Billboard Music Awards; the song will appear on Ronson’s upcoming album Late Night Feelings. Cyrus is also starring in the new season of Black Mirror on Netflix.