Miley Cyrus Reveals Cover Art for She Is Coming Project 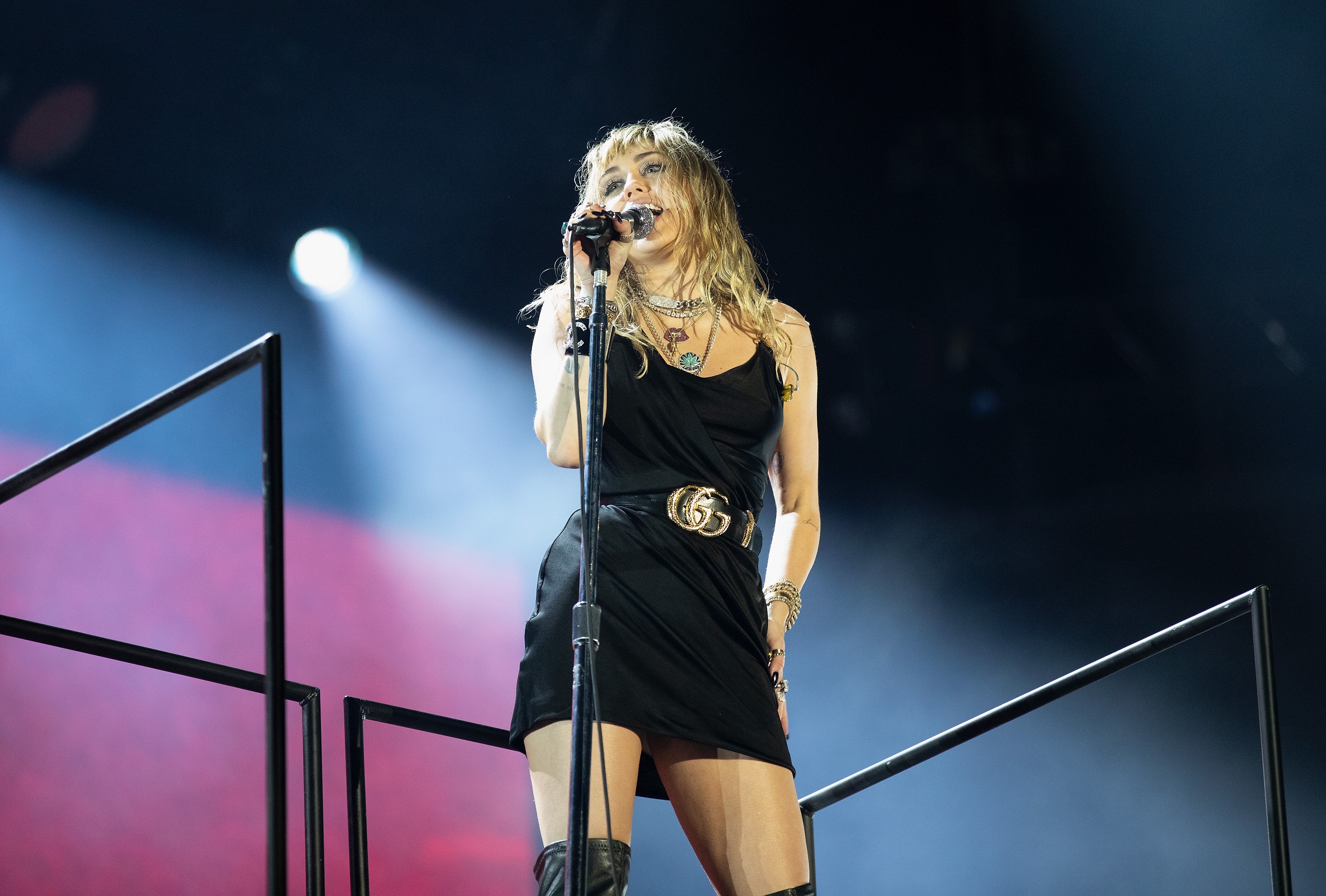 Miley Cyrus recently announced a new project during her headlining set at BBC Radio 1’s Big Weekend festival, and now she’s shared the cover art for the upcoming release. Titled She Is Coming, the art features a cropped photo of Cyrus from below, notably dressed in a Sex Pistols Never Mind the Bollocks T-shirt and destroyed jeans. The art also includes a “Parental Advisory” warning in the lower right corner, reminding you that, once again, this isn’t some Hannah Montana kids shit.

Along with her announcement, Cyrus performed three new songs—allegedly titled “Mother’s Daughter,” “Cattitude,” and “Dream”—at the BBC festival. A countdown clock with the phrase “She Is Coming” has also appeared on her website, which ends this coming Friday. The release follows “Nothing Breaks Like A Heart,” Cyrus’ recent collaboration with Mark Ronson. Her last album Younger Now was released in 2017. Check out the album art below.

SHE IS COMING 🚀 5/ 31 Pre Save now! Or live with regret for the rest of your existence 😜 miley.lk/sheiscoming (link in story) 📸 : @graysorrenti