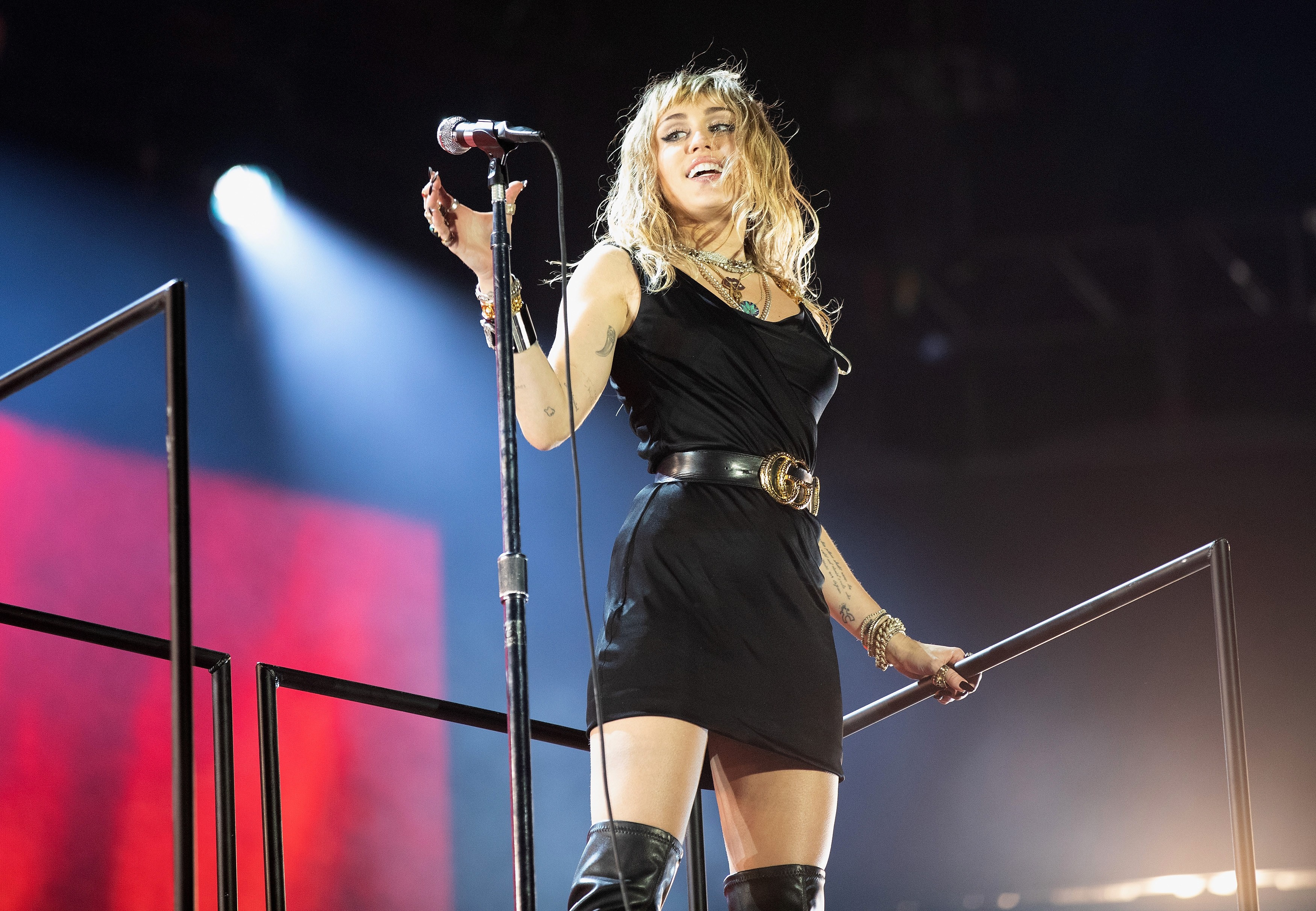 Miley Cyrus made an appearance at BBC Radio 1’s Big Weekend festival Friday night, where she joined Mark Ronson on stage to perform their recent collaboration “Nothing Breaks Like A Heart.” On Saturday, she performed a headlining set herself, where she unveiled a few completely new songs, as Stereogum points out.

After covering the Dolly Parton classic “Jolene” and bringing out Charli XCX to play Cyrus’ hit “We Can’t Stop,” Cyrus announced that she’s got new music arriving next week, and proceeded to play three new songs potentially from the release. Allegedly titled “Mother’s Daughter,” “Cattitude,” and “Dream,” the songs sound like a return to her rock-leaning earlier releases, which may or may not be a welcome development from her last album Younger Now.

Since then, Cyrus’ website has been updated with a countdown clock ending on May 31. The website also offers the cryptic phrase “She Is Coming,” as well as a handful of upcoming festival dates happening this summer. Watch a few clips of the performance below.