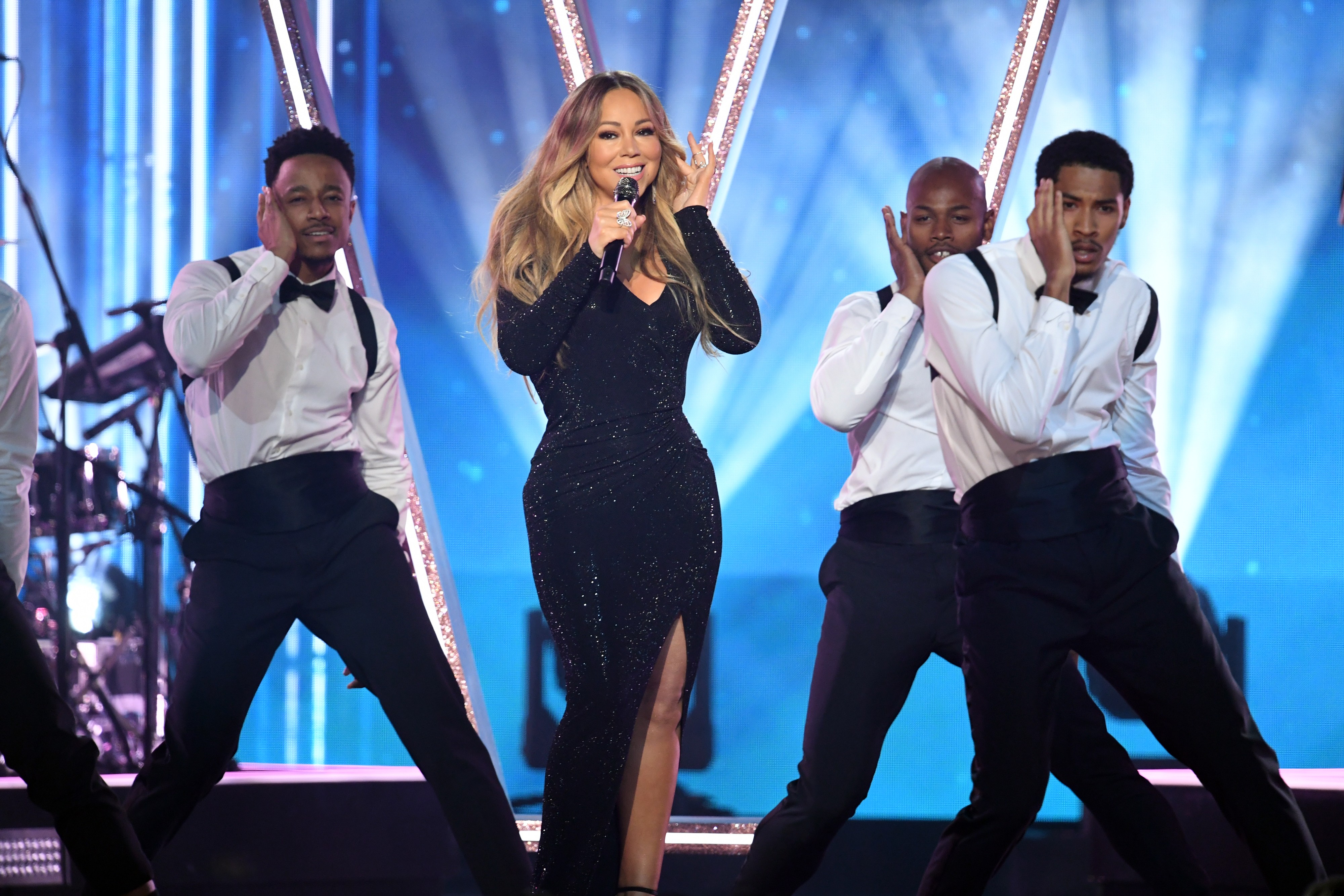 It’s Mariah Carey’s night at the Billboard Music Awards. In addition to being the recipient of this year’s Billboard Icon Award, she performed a number of her biggest hits including “A No No,” “Always Be My Baby,” “Emotions,” “We Belong Together,” and “Hero.” Previous recipients of the Icon Award have included Janet Jackson, Cher, and Céline Dion.

Dahhlings!! Lil’ excited lil’ excited to perform tonight on the @BBMAs stage! @shazam my performance to unlock some super special BTS footage from the “A No No” video shoot

Seriously though, thank you @billboard @BBMAs for the attention to detail, the impeccable selection of contributors, for actually giving a *bleep* (choose expletive of choice), for all the hard work putting this together and for truly getting me! ❤️

Last year, Carey released her excellent fifteenth studio album, Caution, which we included on our list of the 51 best albums of 2018; Caution cut “The Distance” (ft. Ty Dolla $ign) made it onto our list of the 101 best songs of last year. Carey’s Caution Tour kicked off back in March and is set to continue through the end of August. She’ll also be performing a special run of shows later this year in Las Vegas, timed around the holiday season. Watch a clip from Mariah Carey’s performance at the 2019 Billboard Music Awards below.