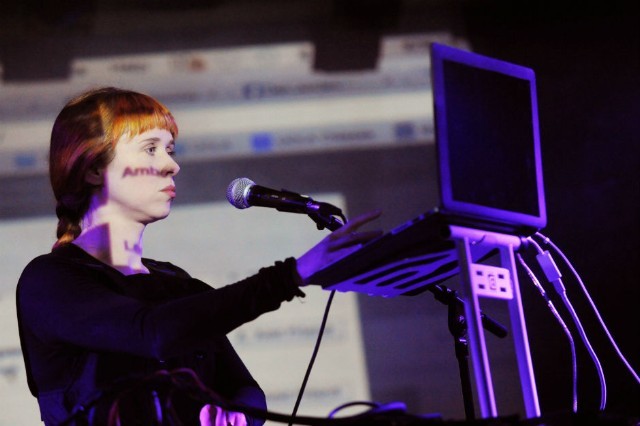 “Frontier” is the third song Herndon has released off PROTO so far, following “Eternal” and the AI-generated single “Godmother.”

“I went to an international Sacred Harp Meetup in Berlin where I live, which was jointly led by Evelyn Saylor (an ensemble collaborator who helped to arrange ‘Frontier’ to more accurately reflect the tradition), and people gathered in a square to sing facing each other. When I stood in the middle the power of the voices brought me to tears,” Herndon said in a statement. “It was partly pure sonics and the beauty of the songs, but also the sight of witnessing people from all different backgrounds come together under such a simple and elegant premise. There were visitors from afar for whom the experience clearly had some deep religious significance. There were even more visitors clearly drawn to the event for other reasons, albeit the nature of the communion itself, or just to nerd out on the music. It felt like a rare union.”

PROTO is out Friday, May 10. It’s her first album since 2015’s Platform, which Spin included on its list of the 20 Best Avant Albums of that year. Listen to “Frontier” below.