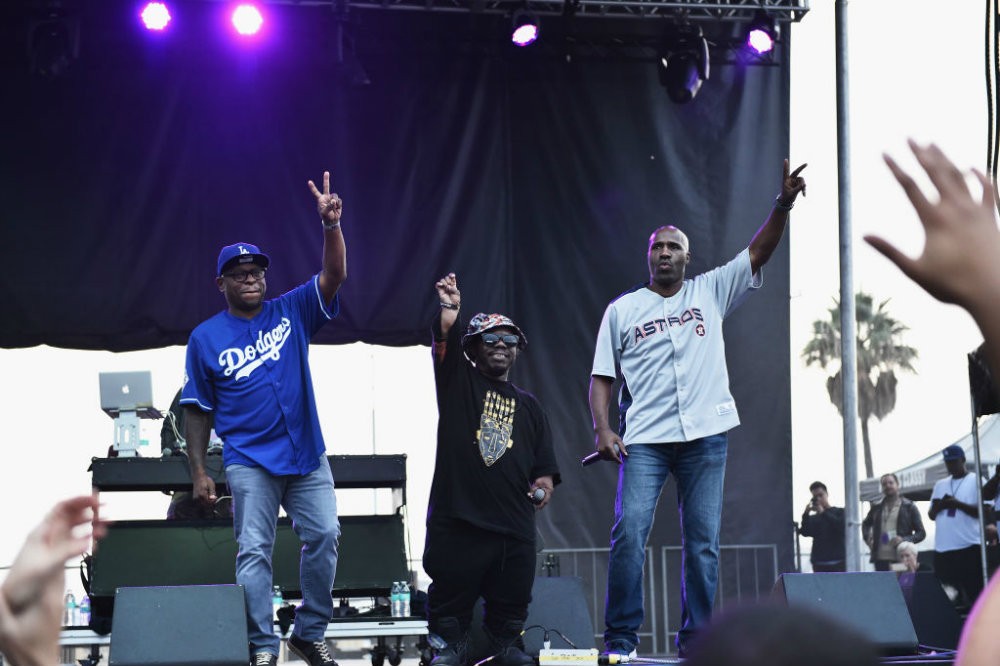 The Geto Boys will be hitting the road at the end of the month in a tour billed as “The Beginning of a Long Goodbye: The Final Farewell.” The tour announcement follows Bushwick Bill’s announcement that he’s been undergoing chemotherapy to treat stage 4 pancreatic cancer. The tour will feature Bill, along with fellow Geto Boys Scarface and Willie D. A portion of ticket sales will donated to support pancreatic cancer awareness.

“I look forward to joining the guys again for this final farewell to The Geto Boys,” Scarface said in a statement. “We had a lot of memories, good and bad, and a lot of great music. Man it’s gonna be a tear jerker walking away from this- a time in my life that threw learning curves and growing pains at the same time. Thanks to all the Geto Boys and Girls around the world that helped to protect this brand.”

So far, only four shows have been announced, but according to Brooklyn Vegan, several more will be announced soon.

Tickets go on sale Friday, May 10 and can be purchased here. Check out the tour dates and poster below. 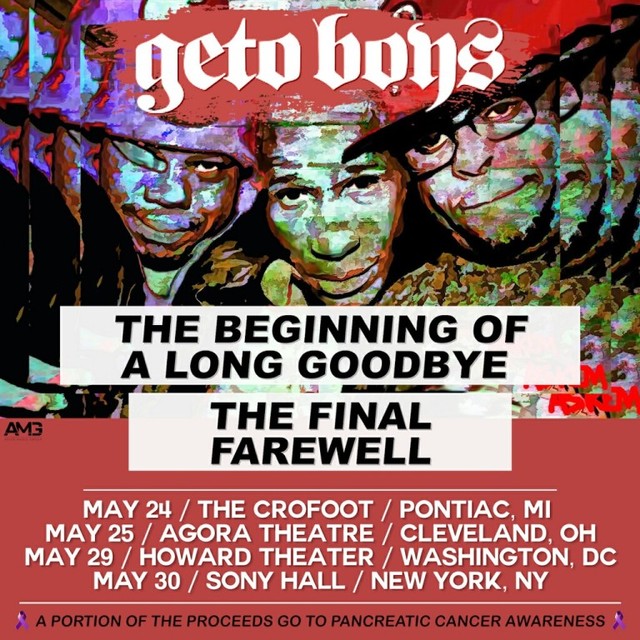