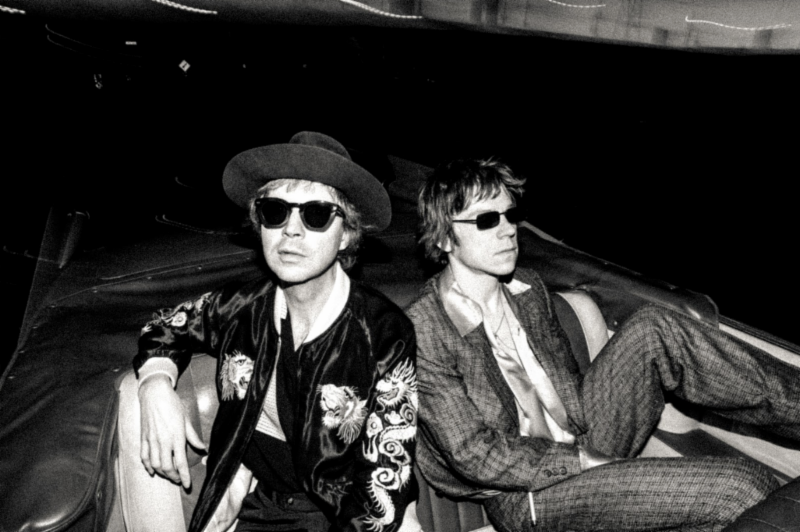 Late last month, Cage the Elephant and Beck released their collaborative effort “Night Running,” which is featured on Cage the Elephant’s recently released album Social Cues. Today, the two have unveiled a new music video for the track, directed by Jennifer Juniper Stratford. The visuals for “Night Running” have a veneer of ’80s sci-fi graphics that match the electronic dub-like sound of the record.

“For ‘Night Running,’ I wanted to create a realm where a super computer that hosts a simulation program creates a series artificial worlds,” Stratford said in a press statement. “While Beck would appear to live within the software as a master control, Matt would be transported to different worlds and new identities leaving him to question what is real.”

Beck and Cage The Elephant will also be embarking on a joint Night Running Tour, along with special guest Spoon, in July. Cage The Elephant previously released the single “Ready to Let Go” from the album, which can be heard in its entirety on all streaming platforms. Cage The Elephant’s last studio album was 2015’s Tell Me I’m Pretty, which was produced by Dan Auerbach and won a Grammy for Best Rock Album. Watch the video for “Night Running” below.