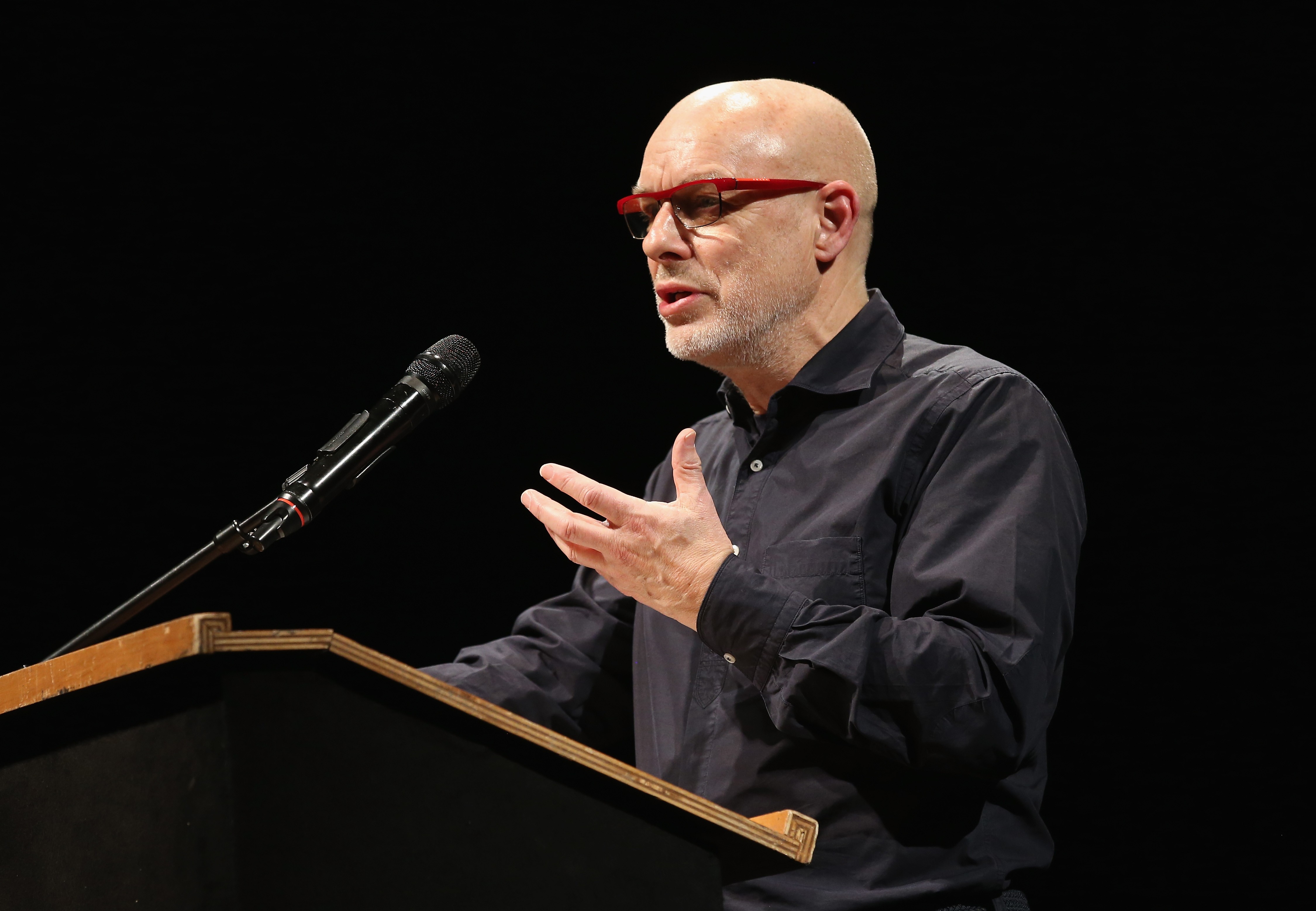 Brian Eno will receive the Stephen Hawking Medal for his “contribution to the popularisation of science” at this year’s Starmus festival in New Zealand, the festival has announced. Billionaire Elon Musk and the makers of the documentary Apollo 11 will also receive this year’s award. Past medal recipients include composer Jean-Michel Jarre, astrophysicist Neil deGrasse Tyson, and the cast of The Big Bang Theory. Blastoff!

This year’s Starmus festival is also set to feature a 21st Century Symphony Orchestra performance of (another past Stephen Hawking Medal winner) Hans Zimmer’s original composition “Once Upon a Time on The Moon,” a lunar mission tribute in honor of Apollo 11’s 50th anniversary in July. Astrophysicist Garik Israelian co-founded the festival in 2011 with Queen guitarist-turned-astrophysicist Brian May.

Eno recently announced his own Apollo 11 commemoration in the form of a reissued version of his 1983 album Apollo: Atmospheres & Soundtracks. The reissue, set for release on July 19, features 11 new ambient compositions co-written with original Apollo collaborators Daniel Lanois and Eno’s brother Roger Eno. The expanded disc is subtitled For All Mankind. You can watch a music video for the new track “Like I Was a Spectator,” set to rare NASA footage, here.