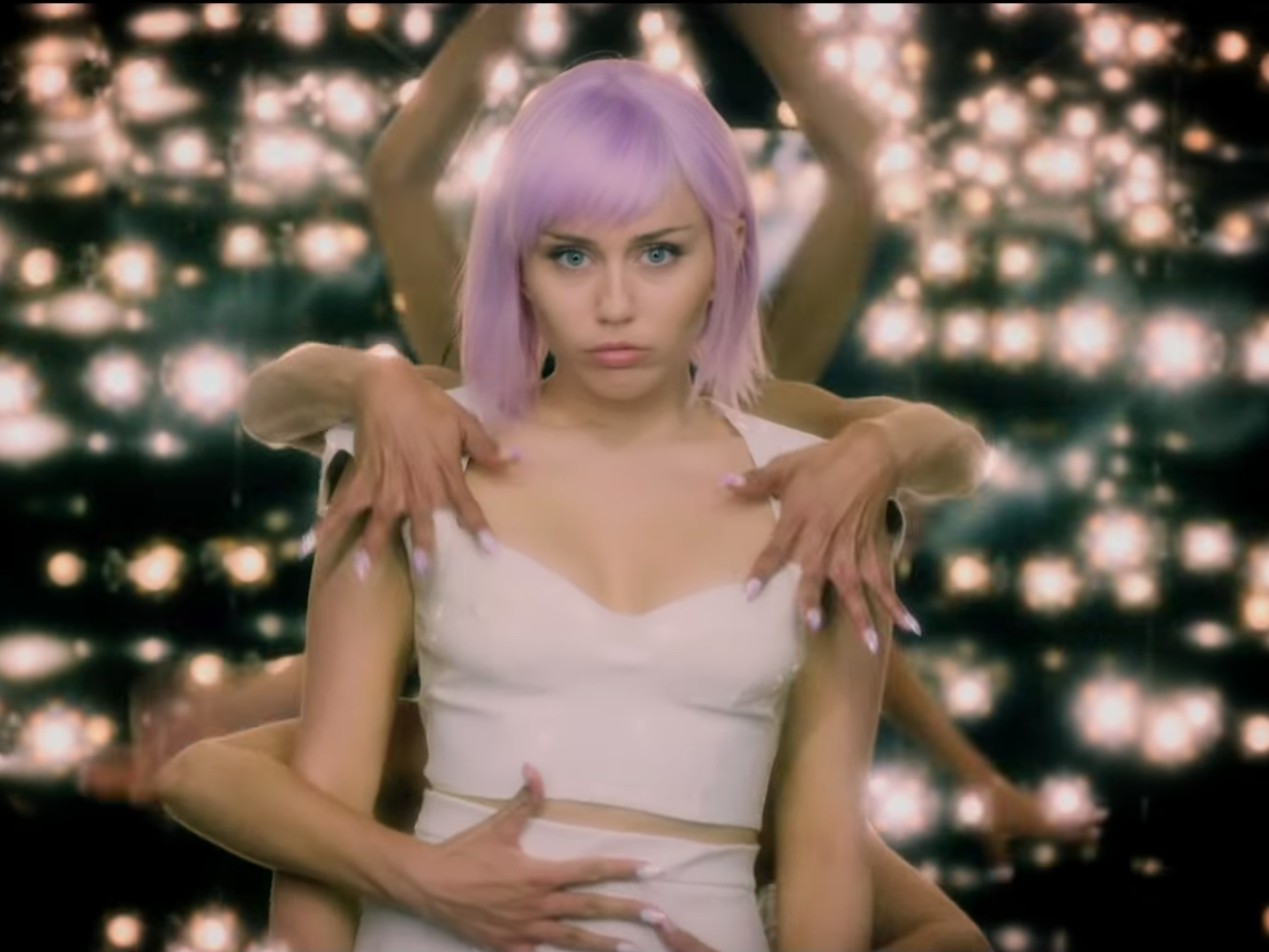 The first trailer for Season 5 of Netflix’s favorite dystopian anthology series Black Mirror is here. The upcoming season, which is set to premiere on June 5, features three episodes, one of which stars Miley Cyrus. Cyrus appears in the trailer, seemingly portraying a pop star or dancer under pressure to hold the attention of her fanbase; there’s a short clip of dancing in a pink wig. There are plenty of other intriguing aspects to the trailer, including a few quick shots of a haggard, ponytailed Topher Grace. Wouldn’t you know: the first shot of the clip features people looking at cell phone while they buzz ominously? Technology is still changing our society, folks, and don’t you forget it!

Creator Charlie Brooker confirmed that a fifth season of Black Mirror was on the way late last year, and said in a New York Times interview that the show was “doing more optimistic episodes and stories, rather than just dystopian and negative ones.”  The last entry into the Black Mirror franchise was the standalone, choose-your-own-adventure film Bandersnatch, which premiered in December. The show’s fourth season premiered at the end of 2017. Watch the trailer for Season 5 below.