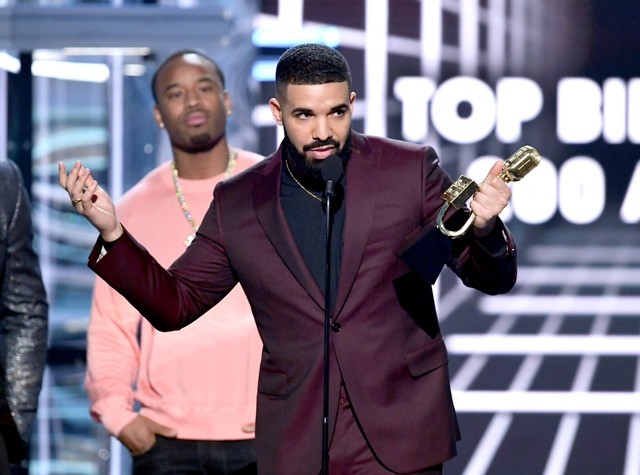 Drake has been giving the Grammys the cold shoulder lately, but he always shows up for the Billboard Music Awards. Given how dominant he’s been on the charts lately, there was no question he’d be taking home some hardware at tonight’s ceremony in MGM Grand Garden Arena in Las Vegas. And indeed, within the first hour he’d taken the stage to accept the award for Top Billboard 200 Album, honoring the year’s biggest LP.

There was no album bigger than Scorpion last year, and not just because it’s so long, as Drake acknowledged during his acceptance speech. Speaking of which, while at the podium he said he’s always wanted to make a double album, “and now that I’ve done it I’ll never do it again.” He also shouted out Arya Stark “for putting in that work last weekend” while making a stabbing motion with his hand — a timely Game Of Thrones reference! Stars: They’re just like us. Or maybe Drake is just trying to score points with actress Maisie Williams after word got out that her boyfriend wasn’t a fan of her big moment Sunday night?