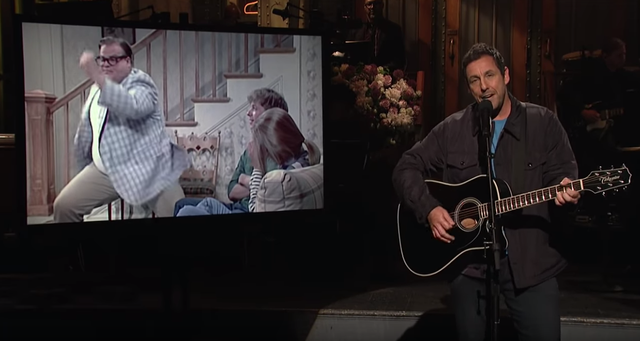 24 years after departing the show as a cast member, Adam Sandler made his debut as the show’s host on last night’s episode of SNL. At the end of the episode, Sandler brought out his guitar to perform an acoustic tribute to SNL’s Chris Farley, who died in 1997 after spending five years as a cast member, as Stereogum points out.

“He cartwheeled around the room and slow-danced with the cleaning lady,” Sandler sang. “He was a one-man party. You know I’m talking about my man, Chris Farley.”