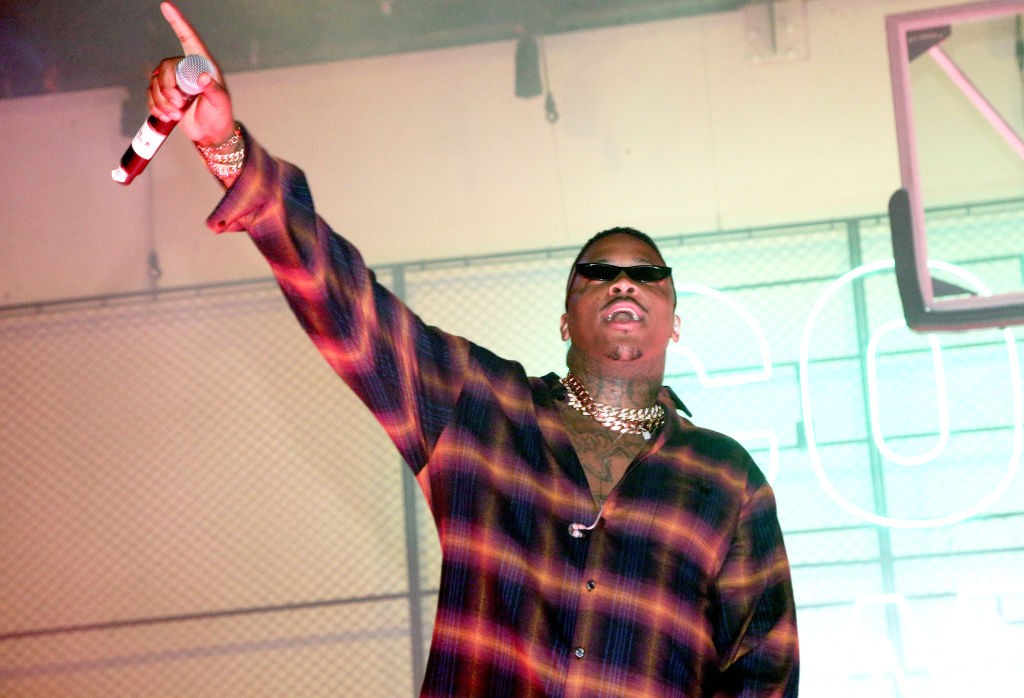 YG has released a new track, “Stop Snitchin.” Through the song does not include specific references to individuals, the song has been widely interpreted to be a diss against 6ix9ine, since YG performed the song in front of a projection of the incarcerated Brooklyn rapper’s mugshot at Coachella earlier this month. The most suggestive stanza in the song does bear a strong similarity to 6ix9ine’s legal troubles from earlier this year: “You got caught with some shit/With your best friend and your clique/Y’all got caught hittin’ a lick/Everybody went down ’cause you snitched.”

YG previously dissed 6ix9ine by including a cartoonish doppelganger of his rainbow-haired rapper in the video for his Stay Dangerous track “Bulletproof,” and flashing the words “pedophile” in the video. (6ix9ine was sentenced to four years probation in October of last year on charges of “use of a child in a sexual performance” dating back to a 2015 video in which the rapper appeared with a 13-year-old girl.)

The two rappers had been engaged in an ongoing feud prior to the release of that video as well, with a war of words on Instagram culminating in a fight between YG and 6ix9ine’s crew last year. 6ix9ine was arrested on federal racketeering and weapons charges in November of last year and pled guilty to all charges in February. He is cooperating with prosecutors and currently in prison awaiting trial. Listen to “Stop Snitchin” below.