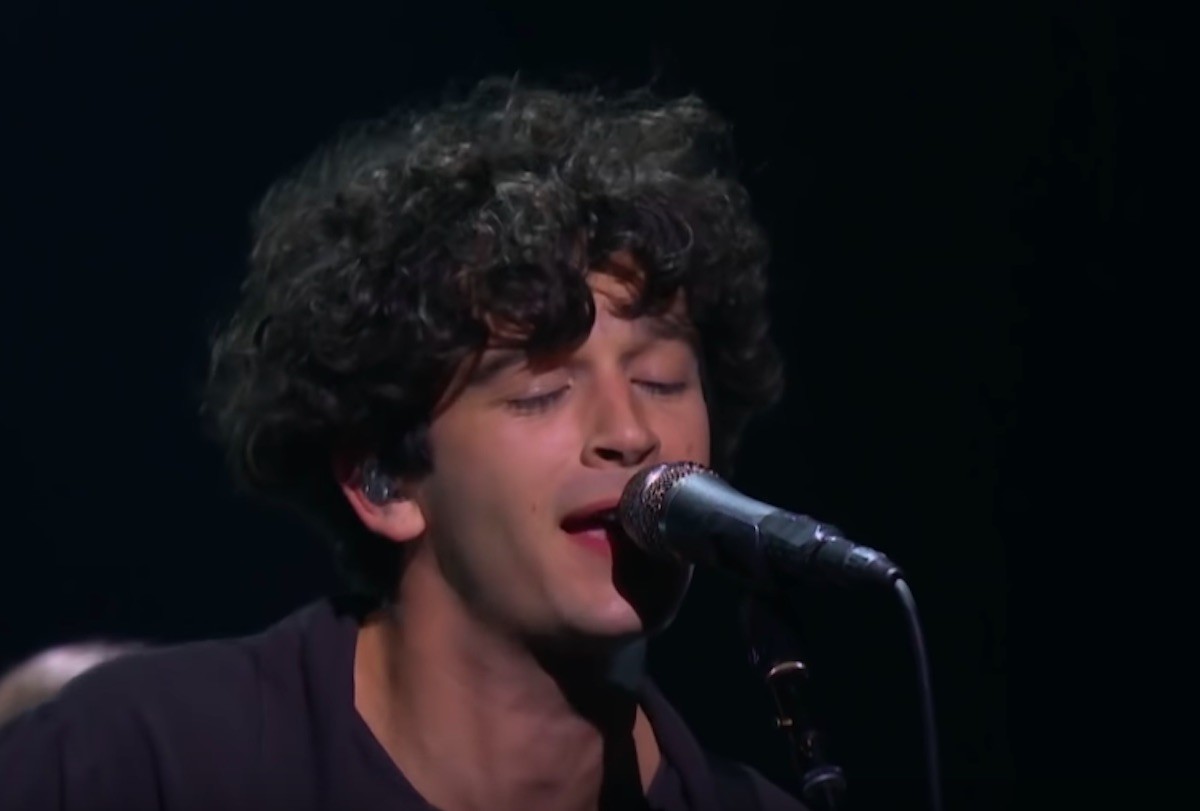 The 1975 stopped by the Late Late Show with James Corden last night, bringing their spirited and electric sound to the show where they performed their 80s pop-homage “It’s Not Livin’ (If It’s Not With You),” complete with backup dancers that lead singer Matt Healy adorably danced alongside in intermittent moments.

Along with their performance, the 1975 sat on the couch with old friend Corden as he gushed and raved over the band. They also talked about their nifty stage designs—which include onstage treadmills that the band will use throughout their concerts, a unique attention-grabber that they said was inspired by Jamiroquai’s “Virtual Insanity” video. A part of the band’s effort to keep audience attention, as they lament over the internet’s ruining of people’s attention spans with Corden.