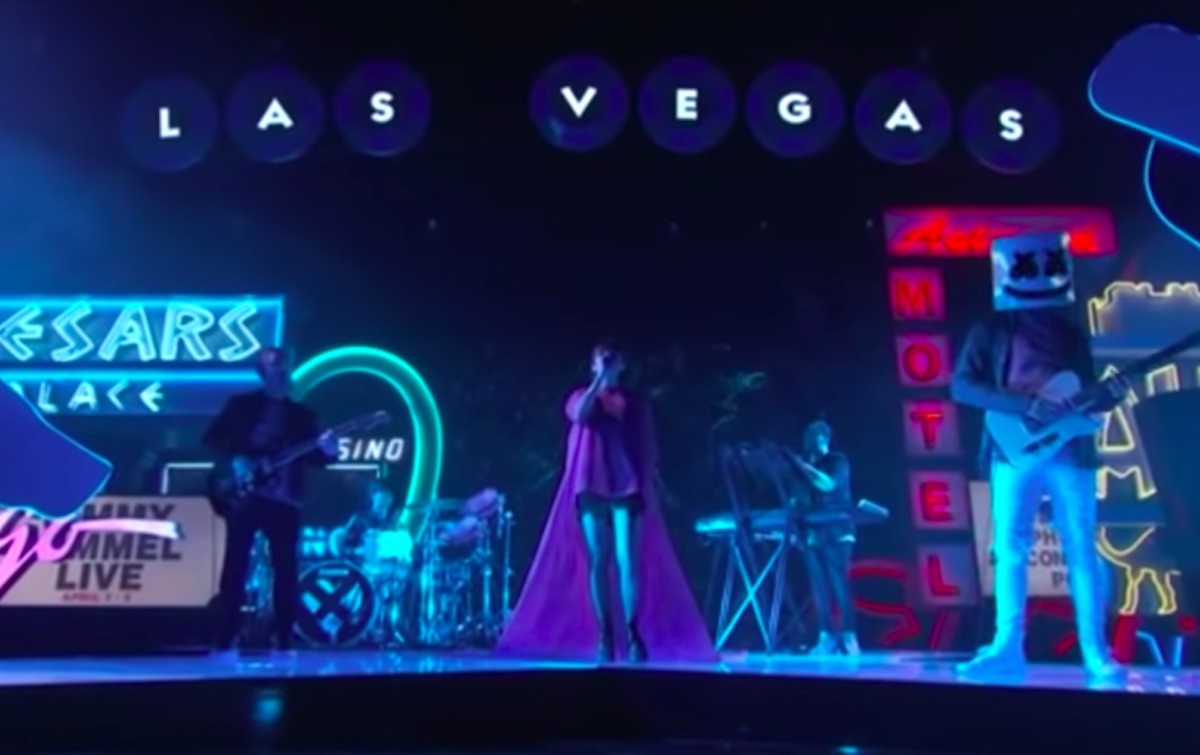 Chvrches aimed for greater mainstream relevance with their last album, 2018’s Love Is Dead, and they’re setting similar coordinates on “Here With Me,” their new collaborative single with EDM superstar Marshmello. This time, it seems to be working. “Here With Me” has become the Scottish synth-pop trio’s first Hot 100 hit (right now it’s at #53 and rising) and has increased their streaming numbers substantially.

Last night Chvrches further promoted the song by performing it alongside Marshmello on Jimmy Kimmel Live!. Kimmel’s show is broadcasting from Las Vegas this week, an arrangement that has already given us a special appearance from hometown heroes the Killers. Wednesday night’s show saw Lauren Mayberry and bandmates performing their new song with neon Caesar’s Palace signage behind them and a large outdoor audience in front. Marshmello was there too, playing guitar off to the side while wearing the goofy mask that obscures his identity.

It was quite the spectacle. Watch it below, where you’ll also find Chvrches’ spring tour dates.