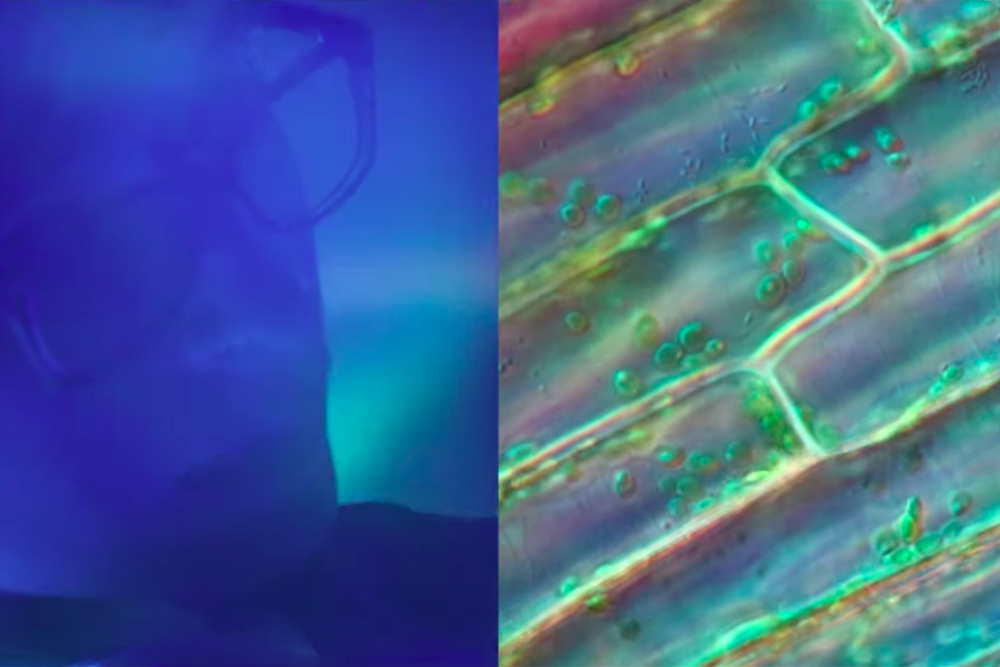 Experimental pianist and composer Kelly Moran just released a video for “Water Music,” a highlight from her stellar 2018 album Ultraviolet, one of Spin’s favorite records of last year. The track itself is gorgeous, patiently spinning variations on a single prepared piano motif toward a well-earned climax. The video, directed by Katharine Antoun, follows suit, with a montage of meditative (mostly) abstract imagery: iridescent splashes of color produced by Turkish marbling, microscopic footage of cellular activity, Moran’s own face and hands, an uncanny CGI blob. Rather than play up the differences between these natural and artificial textures, the video treats them as part of a continuum, much like the way acoustic and electronic sounds live harmoniously together in Moran’s music. With deft editing, the visuals become more than screensaver-ish visual ambience, tracking the rising tension of the sounds with increasingly quick cuts between images.

Moran is currently touring in Europe, and will play a handful of U.S. dates in April and May. Watch the “Water Music” video below, and see her full tour dates after that.