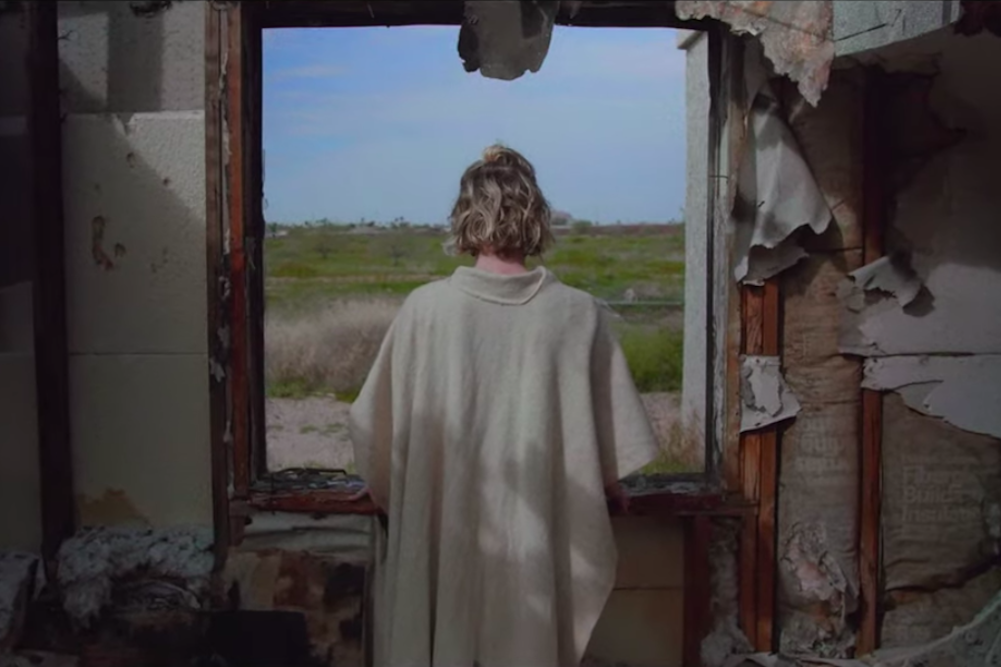 “Wildfire,” a solemn song from Hand Habits’ great second album placeholder, addresses the fires that burned through bandleader Meg Duffy’s adopted home state of California, and the sense of futility that can come from brushing up against historical destruction: “I don’t know where it all ends up,” Duffy sings repeatedly. “All this wasted time.”

Now, “Wildfire” has a video treatment from mononymous director Otium, which addresses many of the same themes, in non-linear, loosely narrative fashion. The video combines footage shot by Otium while traveling in 2016 with staged shots of a small cast of characters who watch TV in a melancholy daze as fires burn around them. At the climax, a woman wanders the ruins of a home, presumably lost to the flames. The video makes stirring use of split-screen and picture-and-picture, eliding the boundary between past and present, and between the scripted and documentary footage.