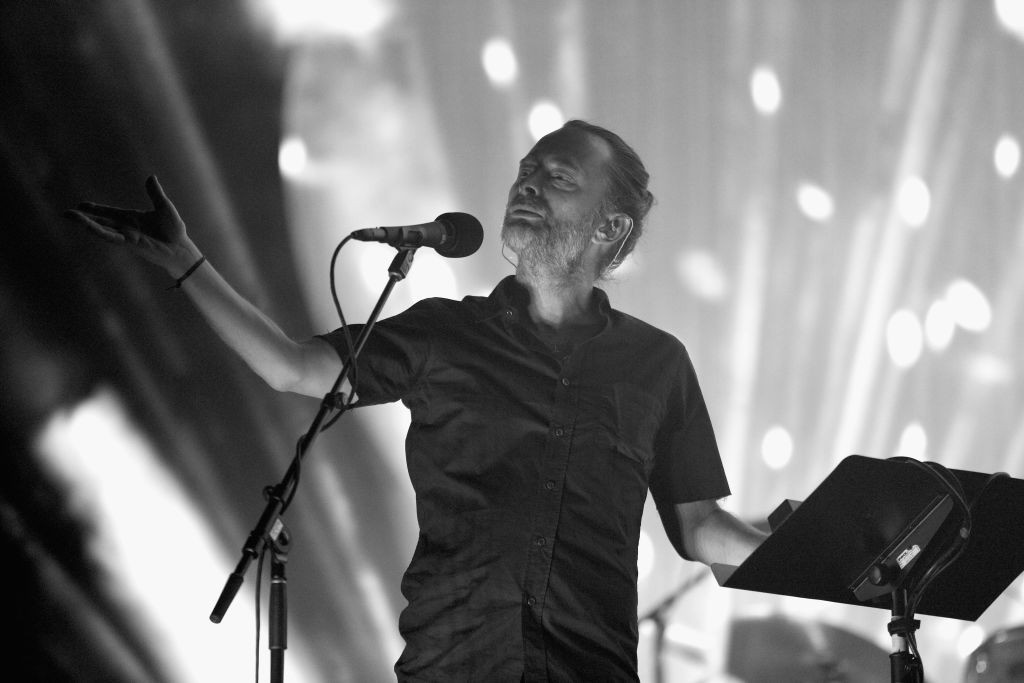 Thom Yorke premiered two new compositions on a Sunday episode of BBC Radio 3’s “Unclassified.” The first was a live recording of “Don’t Fear the Light,” the Radiohead lead singer’s new “3-part work for 2 pianos, electronics, and modular synthesizer.” The piece premiered last month as part of a Paris performance called “Minimalist Dream House,” to which The National’s Bryce Dessner also contributed. The pianists on the recording of the near-20-minute work are Katia and Marielle Labeque.

“Katie and Marielle suggested for a few years that I write some music for them,” Yorke said in a note about the piece given to the BBC. “Usually, I would laugh and say I couldn’t read music, but in truth, I was intrigued by the idea. I realized that writing for score, or over a sequencer or modular gear, are really not so far apart. But the best part was watching what I had written being brought to life by the sisters and their interpretation.”

“Unclassified” also played a recording of “Gawpers,” another new work which Yorke himself sang with accompaniment from a droning synth and the Labeque sisters’ pianos, at the “Minimalist Dream House” concert. He also performed the piece subsequently a few times on tour. Listen to the entirety of the “Unclassified Show,” which also features recordings of a new Bryce Dessner work and Yorke’s performance of “Suspirium” at the concert here. (“Don’t Feel the Light” begins at 27:30 and “Gawpers” immediately afterwards at 47:20.)