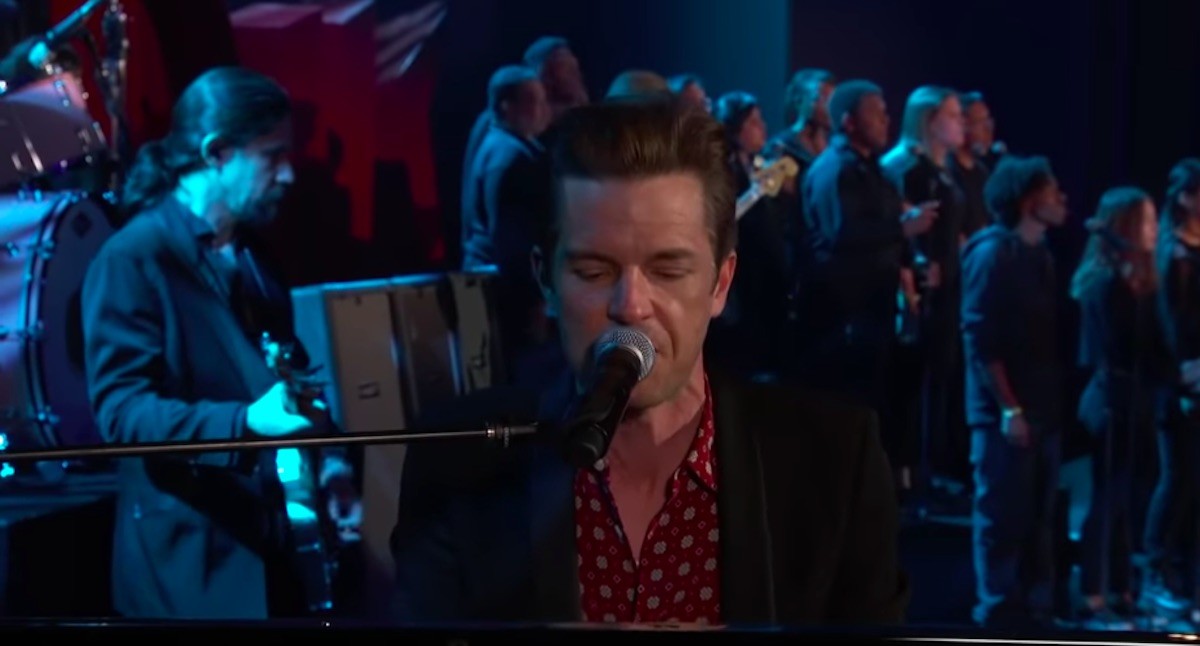 At the start of the year, The Killers released a political charged new single “Land of the Free,” and then a Spike Lee-directed video for the record. The anthemic song is a stirring take on Trump’s America with references to the border wall, the prison-industrial complex, and gun-related violence.

Last night, The Killers debuted the track live for the first time as musical guests for Jimmy Kimmel Live, in front of a giant hometown Las Vegas crowd, where the show is recording episodes this week. The performance comes complete with a backing choir, with everyone on stage dressed in black.

Lead singer Brandon Flowers said The Killers were “speaking their truth” through the song, citing the Sandy Hook Massacre and the killings of Eric Garner and Trayvon Martin as inspiration. He also credited “Jimmy Kimmel’s powerful monologues” as inspiration, so it makes sense that Kimmel’s show would be the platform they use to finally perform the record live. At one point in the performance, Flowers gives an a capella performance of the lines ,“So how many daughters, tell me how many sons do we have to put in the ground before we just break down and face it? We’ve got a problem with guns.”