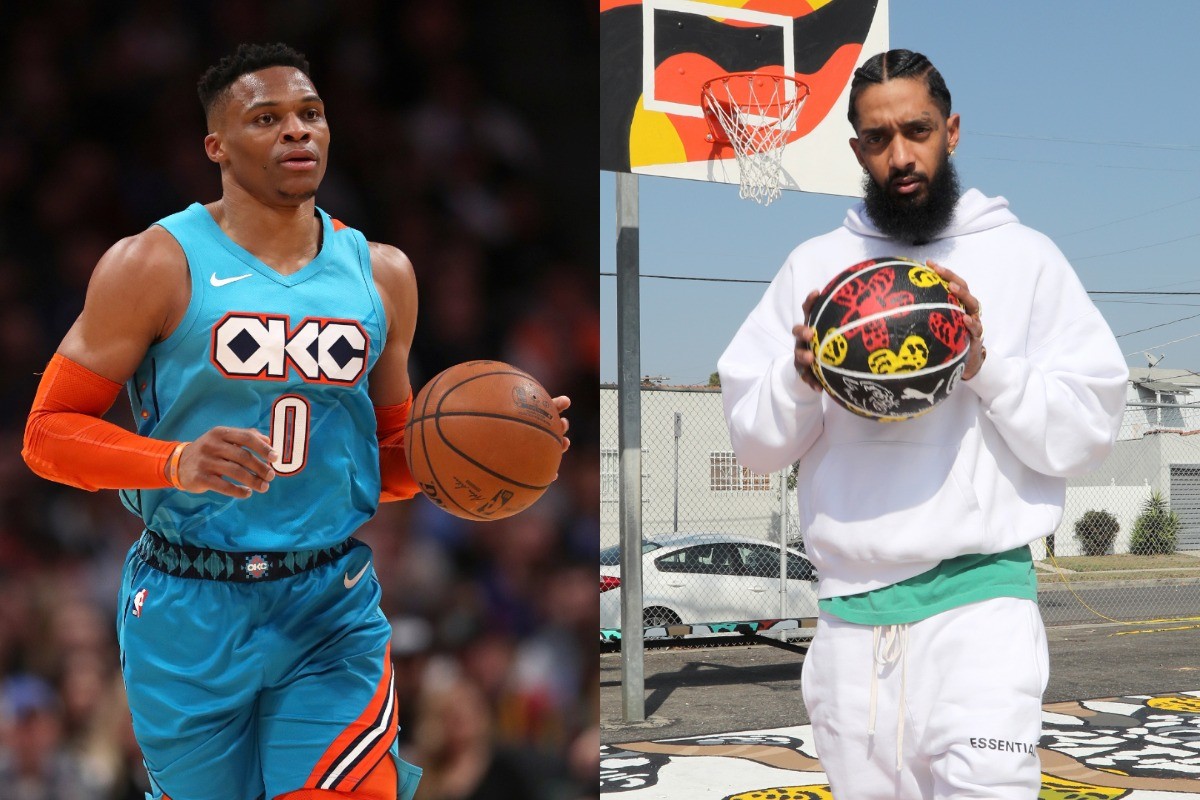 Nipsey Hussle died on Sunday after being gunned down in front of his Marathon clothing store in Los Angeles. He was 33 years old. Since then, a number of tributes have poured in from notable friends and fans who knew or appreciated Hussle’s music as well as his dedication to bettering his South Central community. One of those people affected by the rapper’s death was NBA star Russell Westbrook, a friend and L.A. native who now plays on the Oklahoma City Thunder.

Last night, during a game against the Los Angeles Lakers fittingly enough, Westbrook put up a triple-double (aka getting double figures in three separate statistical categories), but this one was a very rare double triple-double. Westbrook achieved 20 points, 20 rebounds, and 21 assists in about 37 minutes, a very impressive feat considering Westbrook didn’t have a great shooting night, going 8-of-23 on the floor and 2-of-9 from three point range.

After the game, Westbrook told former NBA player Jason Terry—who was working as an analyst that night—that he was inspired by Hussle and wanted to dedicate his performance to him. The 20-20-20 triple-double of course adds up to 60, a reference to the Rollin’ 60s gang that Hussle was infamously associated with. “That wasn’t for me … that’s for my bro man. That’s for Nipsey,” Westbrook said. Westbrook joins Wilt Chamberlain as the only other person to pull off the double triple-double.

Hundreds have gathered outside Marathon Clothing over the past two nights to mourn Hussle’s death and pay their respects. Monday night’s vigil unfortunately ended after a commotion in the crowd sparked a stampede that resulted in 19 people being hospitalized. Last night, Los Angeles authorities arrested Eric Holder, the 29-year-old man suspected of murdering the rapper.

“That wasn’t for me … that’s for my bro man. That’s for Nipsey.”@russwest44 dedicates his historic performance to Nipsey Hussle. pic.twitter.com/tUFlQCuWPL