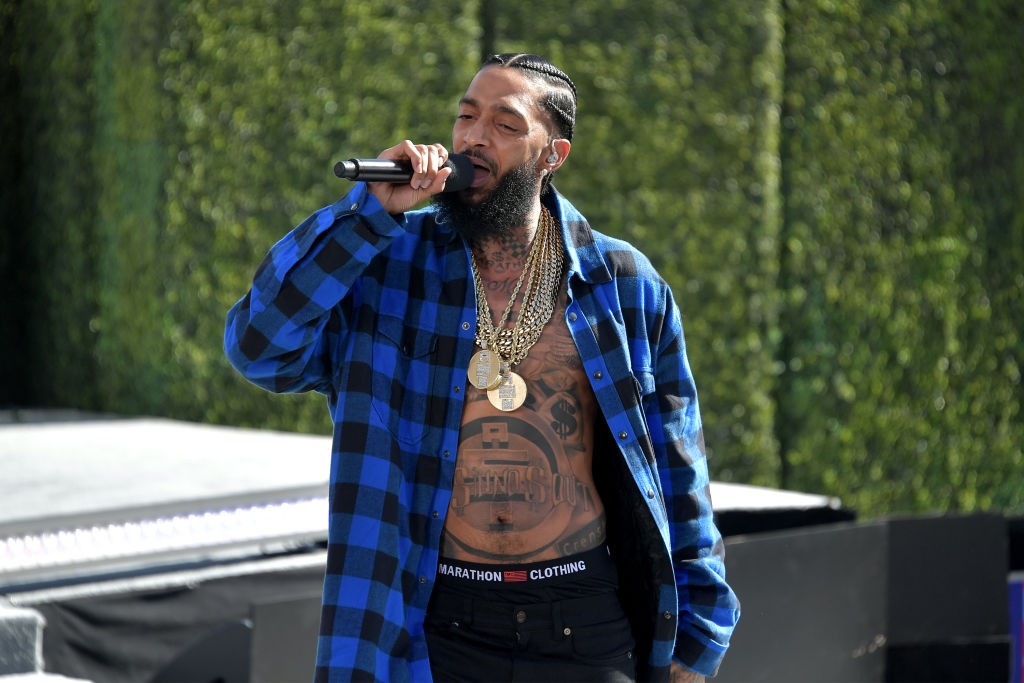 The Los Angeles Police Department has identified a suspect in Nipsey Hussle’s murder case. A statement by the department reveals that Eric Holder, a 29-year-old Los Angeles resident, is suspected of shooting the late rapper and two companions while the men were standing outside at a strip mall on West Slausson Ave in Los Angeles (previously identified to be the site of Hussle’s Marathon Clothing Company store) on Sunday afternoon. After all three men collapsed, the suspect allegedly ran to a side alley and hopped in the passenger seat of a Chevy Cruze driven by “an unidentified female.”

At a vigil for Hussle outside of the Marathon Clothing Store last night, a stampede broke out, resulting in 19 people–two in critical condition and two in serious condition–being taken to the hospital. Law enforcement reported that one attendee had been stabbed. Hussle, born Ermias Asghedom, was 33 at the time of his death. Read some of the many tributes made by friends, fans, and collaborators following his passing here.

Eric Holder is wanted for Homicide in the shooting of Nipsey Hussle. He was last seen in a 2016 white 4 door Chevy Cruze CA license plate 7RJD742. Anyone with information related to his whereabouts or this deadly shooting is urged to contact South Bureau Homicide at 323-786-5100 pic.twitter.com/3pX4fbezDs