Intersection in Los Angeles To Be Named for Nipsey Hussle 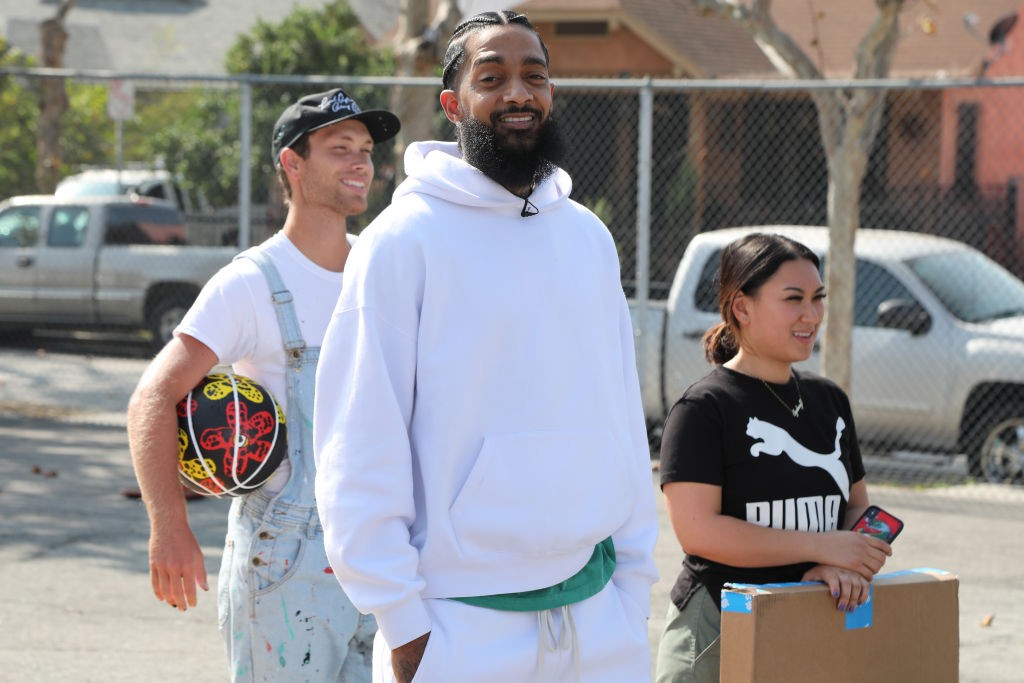 Nipsey Hussle will be getting an intersection in southern Los Angeles named after him. Marqueece Harris-Dawson of the L.A. City Council made the announcement yesterday, after a petition for the project racked up 500,000 signatures. The corner of Crenshaw Boulevard and West Slauson Avenue will now be called Ermias “Nipsey Hussle” Asghedom Square, in tribute to the late rapper. The corner is located near Nipsey’s Marathon Clothing store, outside of which the rapper was shot and killed on March 31.

In a statement to the L.A. Times, councilman Harris-Dawson, who had been working with Nipsey on an outdoor museum project called “Destination Crenshaw,” said of the memorial:

Ermias Asghedom, known as ‘Nipsey Hussle,’ was an icon and West Coast hero. Nipsey’s genuine nature allowed him to be a light to everyone he interacted with, from family, friends, fans and his larger community. As a father, brother and son, Nipsey was a rock helping to build an empire that will continue through generations. Nipsey will always be remembered for delivering a pure, authentic Los Angeles sound; his numerous philanthropic efforts; his innovative, community-focused business mindset; and his humble heart.

A memorial service for the late rapper, entitled “Nipsey’s Celebration of Life,” will be held at the Staples Center in Los Angeles tomorrow night (April 11).