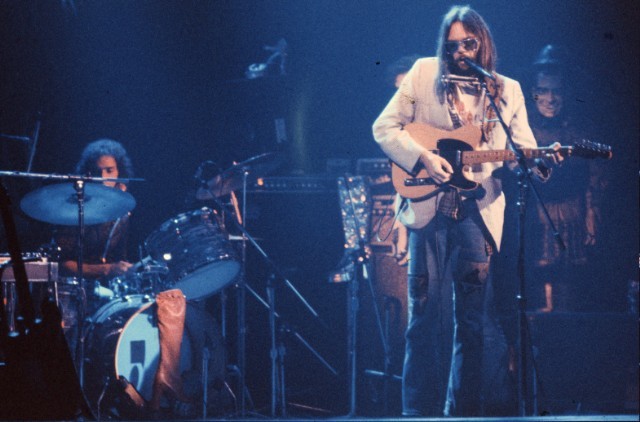 Neil Young will continue his string of releasing live and studio material from his archives with Tuscaloosa, a live album documenting a 1973 show at the University of Alabama. The album is credited to Neil Young and the Stray Gators, the backing band on his smash 1972 album Harvest and the tour that followed.

The 1973 Stray Gators tour also produced Time Fades Away, a live album released the same year that Young has long disavowed: he has called it “the worst record I ever made,” and conspicuously declined to include any songs from the album on his otherwise comprehensive 1977 greatest hits collection Decade. But Time Fades Away is a cult classic among fans for its urgent and unpolished rock’n’roll energy—a far cry from the mellow country-inflected material the band was ostensibly on the road to promote. Tuscaloosa promises more of the same, with several Time Fades Away cuts on its tracklist alongside the old Harvest chestnuts.

Tuscaloosa follows the archival live albums Songs for Judy and Roxy: Tonight’s the Night, both released last year, and the “lost” studio record Hitchhiker, released in 2017. It will arrive June 7. Hear the Tuscaloosa version of “Don’t Be Denied” below, and see the full tracklist after that.