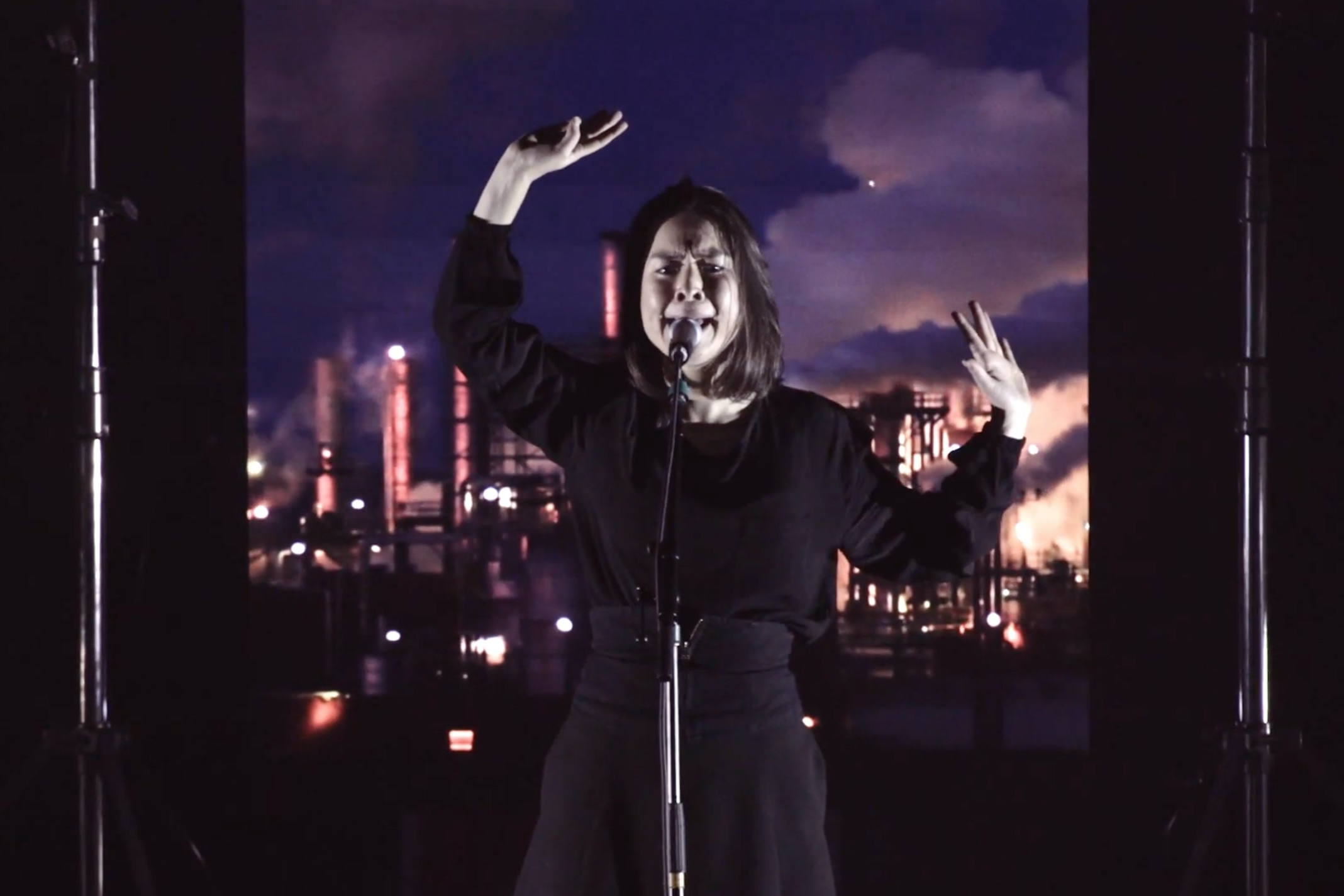 Mitski has released a new live music video for “Drunk Walk Home,” from her 2014 album Bury Me At Makeout Creek. Recorded live at Brooklyn Steel on December 1, 2018, the video is a relatively minimal entry in Mitski’s recent video catalogue; director Derrick Belcham foregrounds Mitski’s raw physicality, allowing her performance to speak for itself without adding too many effects or visual tricks.

“Drunk Walk Home” follows a string of recent music videos from Mitksi. In January, she released the visual for “A Pearl,” off 2018’s excellent Be The Cowboy.  “Geyser” and “Nobody” also received music videos. We named Be The Cowboy one of the 51 best albums of 2018, and “Geyser” one of the 101 best tracks. We also spoke with Mitski toward the end of last year. If you still haven’t managed to catch her live, you can grab a ticket to one of her many upcoming shows here. Jay Som will be opening for her through the end of April. Mitski is also playing the festival circuit, with sets at Boston Calling, Governor’s Ball, Lollapalooza, Osheaga, and many European festivals later this year.

Check out the live video for Mitski’s “Drunk Walk Home” below, and revisit our feature, “Mitski Thinks You Should Take a Vacation From the Internet.”