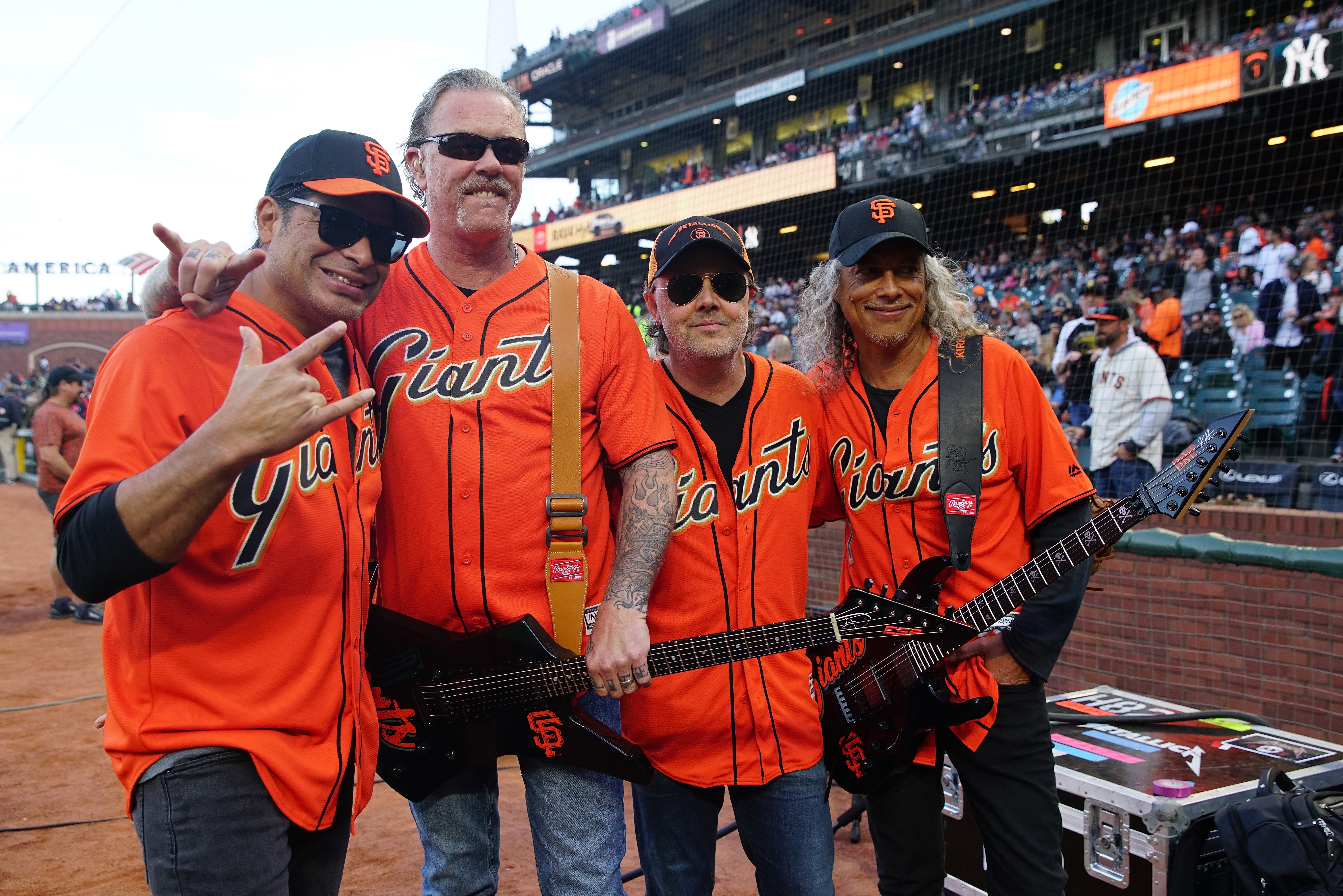 Metallica returned to San Francisco’s Oracle Park to perform the “Star-Spangled Banner” at Friday’s Giants game. As Rolling Stone points out, the event marks band’s seventh annual “Metallica Day” in San Francisco, which found in guitarists James Hetfield and Kirk Hammett performing soaring renditions of the classic song from in front of the pitching mound. After their performance, Metallica stuck around to announce both teams’ starting lineups, with drummer Lars Ulrich coming out to throw the first pitch.

Hetfield and Hammett performed on custom Giants guitars, which were later signed by the full band and raffled off for charity, as Rolling Stone and Blabbermouth point out. “We’re blessed to be doing this every year and being a part of the vibe here,” Hetfield said. “You know, when times are good, when times are bad, they need support.”

Metallica’s last album Hardwired… To Self-Destruct was released in 2016. Last month, the band announced a collaborative performance with the San Francisco Symphony to celebrate the 20th anniversary of their 1999 album S&M. In January, the band congratulated former New York Yankees payer Mariano Rivera as he joined the Baseball Hall of Fame, despite his claim that he “[doesn’t] listen to that kind of music.” Watch the band’s “Star-Spangled Banner” performance below.