Made in America 2019 Lineup 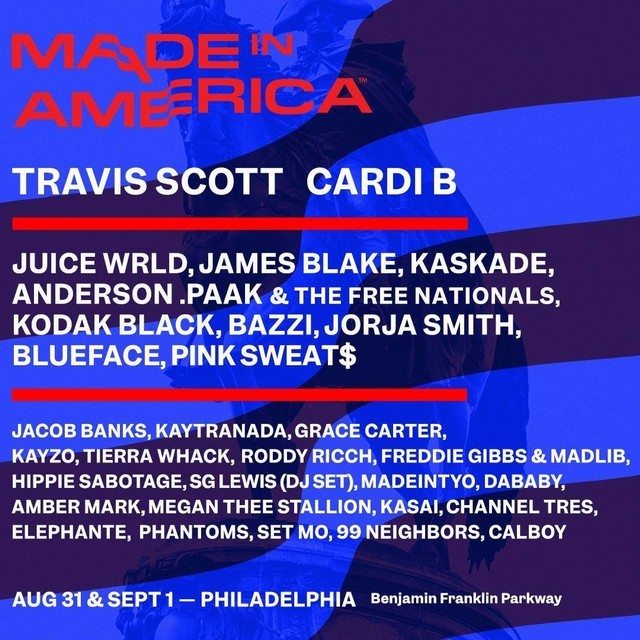 Made In America, the two-day festival that Jay-Z curates over Labor Day Weekend, has announced its 2019 lineup. It’s returning to Philadelphia for its eighth year, and the event will stay on the Benjamin Franklin Parkway after there was some controversy last year over whether the festival will be allowed to remain in its current location.

It’ll take place on 8/31 and 9/1. Tickets go on sale for the general public this Friday (4/5) at 10AM EDT. This year’s festivals charity partner is the ACLU Of Pennsylvania; some of the proceeds will also go toward The REFORM Alliance.

The festival will also livestream via TIDAL. More info here.

Tags: jay-z, Made in America