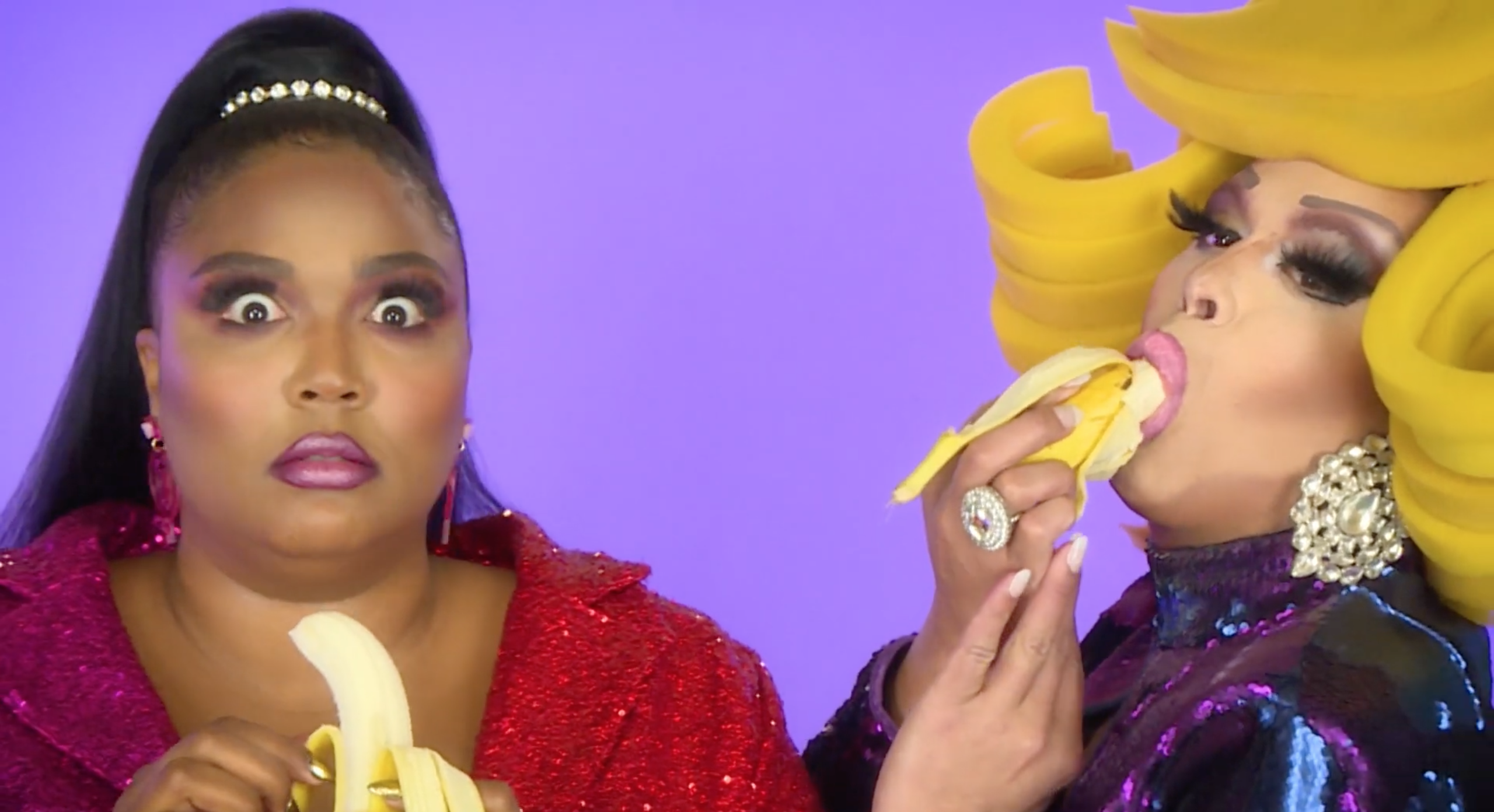 Because one is never enough, Lizzo has shared a second music video for her song “Juice.” Unlike the first video, which dropped back in January, the new video doesn’t contain any talk show sets or high-concept homages to retro video formats. What it does have is drag queens from RuPaul’s Drag Race messily squeezing fruit for three and a half minutes: A’keria Davenport, Asia O’Hara, Detox, Morgan McMichaels, Sonique, Mayhem Miller, Mariah Balenciaga, Silky Nutmeg Ganache, and Soju all make appearances in the “Juice” video redux. “I TRIED TO DEEP THROAT A BANANA AND ALL I GOT WAS THIS LOUSY MUSIC VIDEO!” wrote Lizzo on Twitter. Lizzo has also shared a behind-the-scenes blooper reel from the shoot.

This Friday, Lizzo will release her major label debut Cuz I Love You; it’s her first project since 2016’s Coconut Oil EP. Last year, she appeared as a guest judge on RuPaul’s Drag Race. Lizzo is also set to appear later this year as a voice actor in the movie Uglydolls. She’s playing Coachella this weekend, and will be touring behind Cuz I Love You throughout the year. Watch the new music video for “Juice” featuring the RuPaul’s Drag Race queens and find the blooper reel below.